In the News: Kratom

Sometimes it’s just a personal conviction that you (or human beings in general) need to experience some type of chemical euphoria in order to live a full and happy existence. 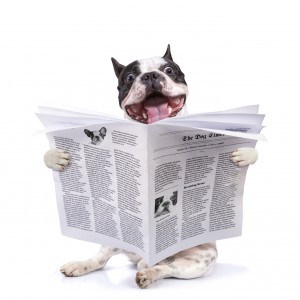 You may have seen this piece in the NY Times recently.

Here I was just asking myself which would be the next candidate for the title of ‘safe’, ‘natural’, ‘organic’ alternative to its illicit cousins. Turns out it’s a beverage derived from a tree in the coffee family, and it’s long been banned in its native Thailand.

Kratom (sometimes sold under the name ketum) certainly does appear to produce the characteristics of addiction. Tolerance for sure, and withdrawal symptoms after a period of use (although the severity of the withdrawal syndrome is unclear), and users who exhibit the classic signs of loss of control– rapid escalation in consumption, periods of more or less continuous use, associated with adverse consequences. Sadly, many of these cases seem to involve people in recovery from other drug use. That’s not a surprise, as those with a history of substance disorders are always at high risk for other such problems. What always surprises me is the willingness of recovering folks to believe in the possibility of finding a new (or at least New Age-y) drug to substitute for heroin or cocaine or alcohol or whatever, without the risk of further problems.

I guess it’s part of the search for an easier, softer way out of addiction– preferably a way that includes continuing dependence on some type of chemical. Evidence and experience may have proved otherwise, but there’s always a glimmer of hope… and that’s enough for some people.

Occasionally there’s a more concrete motive– chronic pain, for instance. The reasoning there is akin to that used by any medical patient to justify seeking out so-called ‘alternative’ treatments. Science may already have demonstrated that such approaches aren’t likely to work, but the motivation remains, so the temptation is always present.

Sometimes it’s just a personal conviction that you (or human beings in general) need to experience some type of chemical euphoria in order to live a full and happy existence. There’s a whole community out there in Internet-land dedicated to this questionable notion. I guess that’s OK if you’re able to avoid a substance use disorder. But if you’ve already spent years struggling with the very real pain of active addiction and recovery, why on Earth would you risk more of the same for a brief period of being high? The willingness to take a chance like that has to be pathological.

Anyway, I’m glad the word is getting out about kratom. Hopefully the publicity will discourage some potential users (although in the perverse world of addictive thinking, it will probably attract others). Meanwhile, I’ll start wondering what ‘safe’, ‘natural’, ‘organic’ alternative we’ll be reading about next.

I’ve used kratom for over a year. Since caffeine only seems to wear off after 10 hours for me, consuming any after 1pm messes with my sleep schedule. So to stay focused at the office in the afternoon, I sometimes have a bit of kratom as a tea, whose effect (read: high) is not nearly as noticeable as a good cup of french press coffee.

Funny thing, on the weekend, I don’t miss kratom, but still need caffeine in the morning to start my day. Which suggests caffeine is more addictive than kratom, at least for me.