Suboxone isn’t detectable on many drug screens, and that means it brings a higher price in the correctional facility. 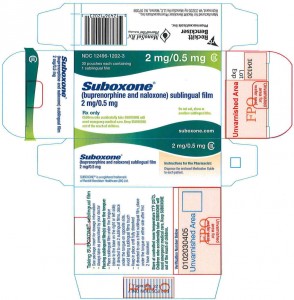 Our region is one of the epicenters of the opiate problem– it was featured in Sam Quinones’ prizewinning book Dreamland— and that provides us with a window onto some of the less discussed aspects of life during a drug epidemic. The Espanola Valley, for example, has received national attention for programs such as this one, involving much-improved access to Suboxone.

So far so good. But at the same time, we seem to have a fast-growing problem with Suboxone diversion.

Suboxone is available only by prescription, so how are smugglers getting hold of it in such quantities, like that senior citizen who was picked up with 131 strips on her person? By the way, it’s not a surprise to find the elderly involved in smuggling, for the same reason that gangs use poor seniors to make straw purchases of handguns. Folks on a limited income just flat out need the money. Or in some cases, they’re co-opted by family members.

Why smuggle Suboxone rather than some other opioid? Suboxone isn’t detectable on many drug screens, and that means it brings a higher price in the correctional facility.

I imagine much of the smuggled product is obtained through diversion of prescribed meds. Suboxone isn’t controlled in the same tight way that methadone is. It’s not that difficult to find a client in a treatment program who is willing to trade some for heroin. Or a dealer can recruit friends and associates eager to enroll at the local clinic, fill the prescription, and sell it to you for badly needed cash.

If that sounds like an emerging cottage industry, it is.

About diversion: the University of Maryland’s Center for Substance Abuse Research (CESAR) did a series of faxed articles back in 2012 — and a longer recent summary on buprenorphine that includes diversion issues through 2015. There was also this New York Times article from a few years back.

I’m not sure if any action was taken as a result. Possibly not. Often when an epidemic hits, we’re well behind the curve and in a rush to do something, anything, to relieve the crisis. It’s easy to neglect the potential for future problems. We tell ourselves that we’ll come back later and fix them.

Do we? Sometimes. One thing’s for certain: at some point, the tide will turn, and the subject of heroin will no longer be in the headlines. That’s good, right? But when the pressure’s off, what happens to society’s motivation for change?

Great Article! This is the same reason they don’t think Sub is harmful, NOT TESTED IN AUTOPSY EITHER! I got cured FROM OPIATES OVERNIGHT WITH A DRUG THAT IS ILLEGAL IN THE US! I am a two-time National Science Foundation Award Winning Author and Drug War Veteran who is exposing the Pharm industry. Free essay concerning Suboxone and 200 years of being lied to for profit by Washington, at TheWindowsOfReality.com