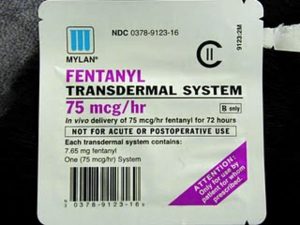 Here are a couple of interesting short pieces on a coming shift in the opioid epidemic:

First, speculation on a possible spread of fentanyl  from its base in the Eastern US to points West:

How America’s opioid epidemic could get even worse

Apparently there are differences in the type of heroin found in Western states that make fentanyl less attractive as an additive. Might California and the Pacific Northwest be spared a sudden increase in overdose fatalities that goes hand in hand with fentanyl?

No such luck. Right on schedule, this appeared in the Los Angeles Times:

Reminds me of the period that followed the death of basketball star Len Bias in the DC suburbs. That was a cocaine overdose in June 1986. He’d just been drafted by the Celtics the day before, and the sports world was understandably stunned.  Ironically, almost all the national media coverage was about the emergence of crack — which as of yet had not arrived in the DC drug market. When Big Apple dealers realized they could get double price for their wares in DC, however, they quickly hopped on Amtrak for a short ride to increased profits.

Soon enough, we were admitting patients to treatment for crack. Including the indigent and homeless, previously unable to afford the more expensive powdered variety. Crack expanded the epidemic.

It’s like air rushing in to fill a vacuum.  Where opportunity exists, somebody always exploits it.

By the way, in our adopted home of New Mexico, we’re now experiencing a disturbing rise in OD deaths related to use of methamphetamine– a drug we know a lot about here in the land of Breaking Bad.

Will fentanyl show up on the streets in the meth supply? I wouldn’t bet against it.