At one time, critical thinking skills were a required part of education in many schools. I have the impression that’s no longer the case. Too bad, because faced with a flood of contradictory arguments, we need them more than ever. 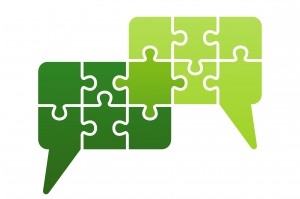 At one time, critical thinking skills were a required part of education in many schools. I have the impression that’s no longer the case. Too bad, because faced with a flood of contradictory arguments, we need them more than ever. Here’s a mini-refresher course on recognizing the illogical:

Argument ad hominem (“argument to the man”)
Description: Targeting the arguer instead of the argument
Example: “You can’t believe her, she exaggerates everything.”
Flaw: No facts provided about the argument itself
To counter: Simply require supporting evidence, and examine it

Argument from authority
Description: Something is true because an authority figure says so
Example: “I read this book that said cocaine isn’t addictive.”
Flaw: Authority figures disagree
To counter: Examine views from other authorities

Argument from adverse consequences
Description: Something must be true because it would be too awful if it weren’t
Example: “If we call alcoholism a disease, alcoholics could use it as an excuse for drinking.”
Flaw: Doesn’t address the issue of whether it is a disease
To counter: Redirect the discussion to facts

Unreasonable appeal for proof
Description: Inflated burden of proof
Example: “Can you prove beyond a doubt that I’m alcoholic?”
Flaw: Ignores preponderance of evidence
To counter: Balance evidence for versus evidence against — which is larger?

Special pleading
Description: Insists that flaws in argument be ignored rather than challenged
Example: “It must have been God’s will.”
Flaw: How do we know?
To counter: Require that all arguments be addressed

Begging the question
Description: Assuming facts not in evidence
Example: Asserting that “everyone knows treatment doesn’t work”.
Flaw: Statement not backed by evidence
To counter: Require evidence for assertion

Argument from favorable circumstances
Description: Noting only facts that favor your position, leaving out ones that may contradict
Example: “Marijuana isn’t as harmful as alcohol. So marijuana should be legal.”
Flaw: Doesn’t address problems related to marijuana
To counter: Offer contradictory evidence

Statistics of small numbers
Description: Arguing based on an inadequate sample
Example: “AA didn’t work for my next-door neighbor, so AA obviously doesn’t work.”
Flaw: Failure of one doesn’t cancel out success of others
To counter: Point out that sample is inadequate, and offer contradictory evidence

After is not because
Description: Arguing that because something that came later, it must be a result
Example: “I wasn’t drinking before my divorce. So that’s the real cause of my alcoholism.”
Flaw: We don’t know this is true
To counter: Dispute causal relationship

False opposites
Description: Argument based on distorted extremes.
Example: “Would you rather I admit I have a problem and possibly go to jail?”
Flaw: Not the only two options
To counter: Point out other options

Slippery slope
Description: Arguing that one thing inevitably leads to bad outcome
Example: “I could get fired for admitting I used drugs.”
Flaw: How do we know? May be other options
To counter: Cite other possible outcomes

Correlation versus causation
Description: Arguing that a correlation proves a cause
Example: “Many alcoholic people are depressed. Depression must be the root cause of alcoholism.”
Flaw: Could be the other way around
To counter: Provide alternative possibilities

Straw man
Description: Setting up a distorted position so you can attack it
Example: “AA literature talks about God. Must be a religious cult.”
Flaw: Oversimplification of complicated position
To counter: Correct initial distortion and provide evidence to contrary

Euphemisms
Description: Changing the name of something to make it more palatable
Example: “I’m not an alcoholic. I’m an occasional heavy problem overdrinker.”
Flaw: Doesn’t change reality
To counter: Call spade a spade