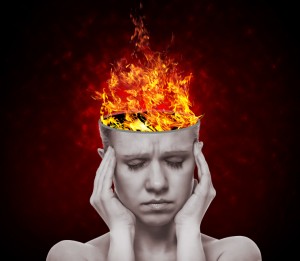 A short opinion piece on the dilemma of today’s pain patients: The big thing Congress can’t do to fix the opioid epidemic

A quote: “This, I think, is the hardest part of backing away from opioids: Admitting that medicine doesn’t have a perfect cure for pain— that for some patients, zero pain isn’t possible.”

Sad but true. A response from one pain patient: “Yeah, well, eff that, buddy.”

Can’t blame him, can we? The pain’s not his fault. The fact that it’s chronic, not related to any clear current physical cause– that’s not his fault either. It’s probably the result of something gone haywire in the nervous system. And in most cases, it can’t be remedied through surgery.

Opioids were a godsend for quite a while, but perhaps something changed. In fact, they may now be a major factor in the continuing pain.  The cure worse than the disease?

The article notes the author’s surprise at reading about how physicians supplied patients, mostly war vets, with copious quantities of morphine in the latter half of the 1800’s. When the public began to worry about the addictive propensities of morphine, doctors transitioned the patients to a new and improved option– heroin. Maybe not the best idea. But the most expedient.

Physicians have never been all that shy about maintenance opioids for chronic pain. Many of today’s docs are perfectly fine with the notion. So it shouldn’t come as a complete surprise that the healthcare professions were eager to adopt the new paradigm of pain as the Fifth Vital Sign, necessitating ever greater reliance on drugs like Oxycontin.

Although I have observed that when a patient began to exhibit signs of loss of control– taking too much, begging for frequent refills,  supplementing with street opioids– those same physicians could be mighty quick to cut that patient loose. On what grounds? He or she was “abusing” medication.

We did our job, the physician would argue. The patient didn’t.

As the article suggests, we still don’t have a genuinely good treatment for many victims of chronic pain. In the past, we’ve flung opioids at the problem, and haven’t developed alternatives. Our bad.

Maybe now, in the midst of this awful epidemic, we’ll get serious about finding some.

I find this insulting to CPP/Intractable pain patients. Try living with 2 painful, incurable diseases, plus more painful physical problems. Then let me take your medications away that simply allow you to dress, bathe and care for yourself daily. There is no such thing as pain free for me. When I was without my pain meds I woke up in a hospital, with IV’s, monitors and other tests being performed. I was then advised that I was given IV pain meds and muscle relaxers, due to extremely high blood pressure. All due to pain!! Yes, chronic pain can KILL !!!! Btw, I’ve had physical therapy, numerous ESI’s, neurotomy, nerve blocks and other modalities, with no relief. Opioid pain meds are my only lifeline. I don’t enjoy taking them. I don’t have a choice.

No chronic pain patient expects to be pain free! This is a constant refrain that I’m sick of hearing! We just hope for enough of the edge to be taken off so that we can have some enjoyment of life. To work, to socialise sometimes, to care for our children, to play.

NO ONE expects to be pain free. You make chronic pain patients sound like spoilt children! Even with opioids I suffer significant pain. With opioids, its manageable. Without my life is pure hell. Genuinely not worth living. Please talk to some actual patients, find out about their lives, and their opioid use, and understand the problem from the people who are living it. Not the rhetoric.

Scott,
Your writing gets better and better. Short, sweet, and to the point. I’ll be sharing this piece with a few of my clients. We take responsibility for what’s happening if we want the situation to change. Thanks for the “thinking” bridges you build at Recovery SI. ♥ Lisa