…for a casual reader, anecdotes such as hers are like commercials for drug use. 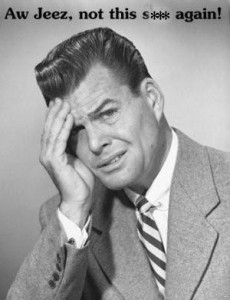 I’m always interested in the way a drug is portrayed in the popular media. That’s because it can have such an influence on public policy. That’s true even for drugs like PCP or its close relative, ketamine.  The majority of readers will never use either drug, but many will cast votes on issues related to their use. So their opinion still matters.

Public perception changes over time. We’ve seen cannabis go from its image as a dangerous drug and “gateway” to the harder stuff, to an essential medication for common conditions such as chronic pain and even PTSD. We know the first version was misleading, but is it possible the new version will prove to be, as well?

Something similar is happening now for ketamine. A new nasal spray, a variant called esketamine, has received FDA approval as a remedy for treatment-resistant depression. Here’s a first person account of one patient’s experience with the therapy.

She got a good outcome, and that counts. Still, for many casual readers, such anecdotes come across as commercials for the drug. We already know ketamine can be dangerous, but many of us want to believe in a miraculous new drug that will succeed where others have failed. It’s been many years since anything new in the way of antidepressants hit the market, so people will get excited. It’s the same response that heavily publicized synthetic opioids received when they were introduced, a few decades ago.

Ironically, ketamine, AKA “Special K”, is also experiencing renewed popularity as a drug of abuse. I read one account by a so-called “club kid” extolling the virtues of a ketamine/ MDMA (ecstasy)/ amphetamine cocktail — That’s right, all three taken together. His view: the sex was “awesome”, though he admits he doesn’t always remember who he had sex with, and is pretty sure he never uses protection.

Brief pause while public health nurses tear out clumps of their hair.

Anyway, for a more rounded examination of ketamine’s effects and usefulness:

Ketamine abuse potential and use disorder

From the standpoint of treatment providers, the question isn’t whether ketamine has value in psychiatric care. It’s what else may result if more people are encouraged to experiment with the drug as a result of this uptick in favorable publicity.

We have a history with this phenomenon. There was a time when amphetamine pills were considered “the” breakthrough treatment for weight loss, narcolepsy, and depression. More recently, synthetic opioids such as Oxycontin would save us from a life with chronic pain. Each new advance was welcomed by the public, at least until another side emerged.

This time around, we already know the risks associated with ketamine. That’s why use is restricted to the neediest cases. We are assured that precautions will be taken.

At least initially. But over time, those precautions tend to fall by the wayside in the flurry of activity that is modern healthcare. Let’s hope that doesn’t happen again.

I suppose if it does, we can always sue the manufacturer.