In the News: The FDA in Action?

It’s a move that helps bring the FDA on board with the CDC, instead of simply reviewing and approving new pharmaceutical opioids for the marketplace. 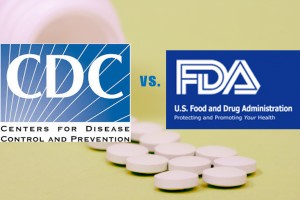 We’re seeing signs of life in the Food and Drug Administration, at least in response to the opioid epidemic. The FDA Director has asked Internet providers to proactively monitor and report transactions that involve controlled substances, including fentanyl.

Up to now, it’s been remarkably easy to procure opioids via the Internet. If Internet providers participate in this program, it would go a long way towards lifting the cloak of secrecy around the online drug trade.

That’s a big “If”, however. Turns out the FDA is suggesting voluntary enrollment. Why would an Internet company opt out? It’s too much work? They’re too busy? Maybe it should be mandatory.

The FDA has received some seriously bad publicity around their continued approval of new opioid products for widespread use. They’re frequently accused of being in Big Pharma’s pocket. This might be a step in a new direction.

Reportedly, the number of opioid prescriptions nationwide has begun to fall. That’s the good news. The less good news: the number was ridiculously high in the first place. We in America have left ourselves way too much room for improvement.

As an aside, it seems the AMA has opposed mandatory training for physicians who prescribe controlled substances. I don’t understand the resistance. After all, online training usually comes in the form of an 8 hour course that most docs I know can complete successfully in half the time.

I appreciate that physicians are busy. But seriously, folks, this is an epidemic.

Another decision, this time one that directly impacts parts of the addiction treatment community: the FDA has ordered a rare mandatory recall of certain products that contain Kratom, the popular “natural” supplement widely used among residents of recovery homes in Florida and other states. Some users claim it’s the only thing that keeps them from a return to opioids. There’s very little science to support that belief, partly because Kratom is classed as a food rather than a medication. It’s not been subjected to the usual testing and approval process.

Now, it appears that salmonella has been detected in one company’s Kratom products.

The company could have agreed to a voluntary recall but decided instead to fight. I’m not clear why. But there are other investigations in progress in other states.

We’ll have to wait and see how all this turns out. Might be a good idea to avoid Kratom, or at least be for signs of salmonellosis. A link to info on that subject: