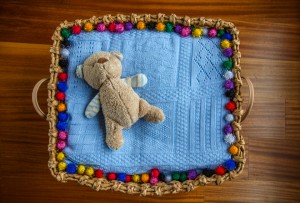 Seems there’s a renewed effort on the part of the FDA to restrict Kratom, popular among some in the recovery community as a substitute for opioids. Especially in Florida, where many attribute their ability to stay off heroin to regular Kratom use.

The key ingredient is mitragynine, an opioid agonist that acts at the mu receptor. Advocates swear by it as a way to relieve pain, reduce anxiety, or simply experience euphoria. Research may eventually confirm that, but at this point, it’s far from conclusive.

To me, Kratom is interesting primarily as a new entry into the ongoing search for another chemical to replace the ones that no longer “work” for the user. Or what a colleague calls “the love that has been lost.”

It’s a tempting idea, particularly to those new to recovery. “I get that I can’t use [heroin, alcohol, cocaine, etc.], but there must be something I can take, when I need to relax or have pain or to lift myself out of the doldrums. A drink, a pill, a hit of something, quick and easy. That’s what I’m accustomed to.” And that implies it comes in chemical form.

It certainly sounds reasonable. The problem, I suspect, is not so much with the drug itself, as with the individual who’s going to be using it. If we accept that addiction is a brain disorder based in complex adaptations on a biological level, then who’s to say those adaptations won’t affect our use of a substitute drug? It may happen gradually, but then, that’s how it worked the first time around.

My point: Though the search for a safe, effective substitute for your onetime favorite drug is certainly understandable, it may not be achievable. Or lasting.

Not that this will stop people from making the attempt.