Stress builds up beneath your awareness. Then it passes a certain level and suddenly, you’re really aware of it. 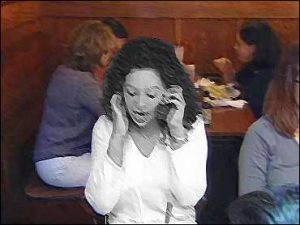 It’s a concept I encountered many years ago, in group therapy. Someone was reciting a long list of complaints about his ex-girlfriend when one of the other members decided she’d had enough.

“Doesn’t sound like it.” I swear I saw a light bulb snap on in his head. Maybe they used to be friends, but now? Their relationship had morphed into a continuing source of stress.

“So what do I do? I can’t cut her off completely. I care about her.”

If I’d thought of it then (I didn’t), I might have recommended he apply some filters to their relationship.

It’s a tactic from stress reduction training. The idea is to preserve the relationship while reducing the stress it currently generates. Several recommendations:

Take charge of the time and place. Do what you can to control when and in what situations you interact. Limit surprise phone calls, texts, visits. Excuses can work, as in “Can’t talk now. We’ll have to catch up later on.” You’re not saying no, you’re saying “not yet”. Purpose: to give yourself time to prep for the interaction.

Control the discussion. This isn’t as manipulative as it may sound.

Don’t forget that stress can be cumulative, building up slowly beneath your awareness. Finally it passes a certain level and suddenly, you’re really aware of it.

As I’ve said before, most of us carry a major source of stress along with us everywhere– the smartphone. It’s a wonderful tool with a definite downside. Don’t be afraid to turn the thing off or otherwise ignore it for reasonable periods.