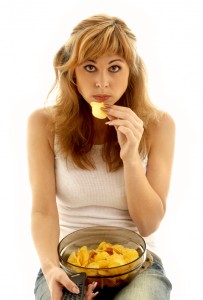 I happened to read about a gambler who paid someone to stand directly behind him at the tables and (once he was winning) pull him away– physically if needed– so he couldn’t keep betting and (presumably) start losing again. That way he came out ahead. I guess this made sense at the time, but it also resembles a classic control strategy, of the type addicts devise in order to counter their natural tendency towards excess.

Just the presence of control strategies can be a sign of trouble. If you weren’t already losing some control over your behavior, you wouldn’t have to work so hard to maintain what’s left.

The literature on addictive disorders is full of tales about the struggle for mastery over addiction. Some are quite bizarre. My personal favorite concerns a small-town judge who would hand his keys to the bartender at the beginning of the evening, along with strict orders not to return them– regardless of threats, promises, or attempts at bribery made by the inebriated jurist as the evening wore on. At night’s end, the barkeep would ring the Sheriff’s office to send a deputy who would give the (now thoroughly intoxicated) judge a ride home.

Ironically, this same judge was notoriously tough on drunk drivers in his courtroom. Guess he figured they should have been responsible drinkers– like him.

There are a number of theories about the roots of loss of control, and many different approaches to treatment, from 12 Step to medication to CBT and beyond. Some focus on suppressing craving while others emphasize co-occurring mental illness, “automatic” behavior patterns, poor impulse control, or faulty decision-making.  Any of those factors may play a role in a particular case, and it may take time to find the ultimate key to successful change. But loss of control itself is a symptom of addiction.

Still, one tip, based on mucho experience watching others struggle:  In addictions, a compulsion is usually expressed as a powerful, perhaps even overwhelming urge to continue gambling, drinking, whatever. The more you do, the more you want to do. Thus the old saw, “one is too many, and a thousand isn’t enough.”

That’s why it’s often easier to give something up entirely than to do a little bit and stop. That way, you’re matched against your compulsion at its weakest, rather than allowing it to gain strength.

In other words, it helps to walk away while you still can.