We’re all familiar with the behaviors of alcoholic and addicted people, now it’s time to use our knowledge to plan a successful intervention. 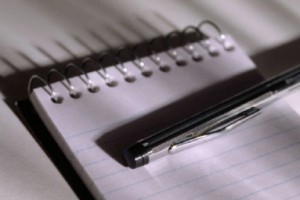 Imagine you went to wherever the alcoholic person happens to be at the moment, and expressed your strong opinion that he/she needed treatment for alcoholism, soon.

You’d hear a definite ‘NO’, right? And then should you ask the person with alcoholism for reasons, you’d hear a bunch of objections to treatment.

Every middle or later stage alcoholic person has a set of objections to treatment that he or she keeps close at hand. It’s these objections that we will no doubt hear yet again in any attempt to intervene. We’re likely to hear them because, to put it bluntly, they worked.

The rule is, as long as they keep working, the alcoholic person will keep using them.

It’s a little like the football coach who explains to reporters why his team ran the same play over and over during the first half: because the opponent hadn’t yet figured out how to stop it.

Alcoholic people operate the same way. They’ll keep offering the same objections until we figure out how to counter them.

The first step in interrupting this process is for you to make a list of your alcoholic loved one’s likely objections to going to treatment. Try to express them in the alcoholic person’s own words, the way you would hear them in actual conversation. As close to the real thing as possible.

Like I said, you’ve heard these objections before. We’re probably going to hear them again.

We’re not interested in sophisticated psychological explanations for drinking, such as ‘he never got over his mother’s death’, or ‘he suffers from low self-esteem’, or ‘he doesn’t want to give up those evenings out drinking with the boys.’ Those are theories, not reality. We’re interested in what the alcoholic is actually going to say in a situation where he or she is being confronted about drinking.

Because that’s what we’re going to prepare for.

Introduction to Intervention -More from this series: