Slips and How to Avoid Them 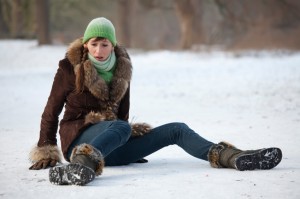 If you think of recovery as the acquisition of a set of skills, it’s not difficult to understand how slips happen. They’re a sign of real-world flaws in somebody’s recovery program.

Working definition of slip: an unplanned lapse in sobriety. The emphasis on unplanned is because some alcoholics deliberately drink to test their control — a phenomenon that deserves its own discussion, provided elsewhere.

A slip might be differentiated from a relapse as follows:

Compare a diabetic who ‘slips’ with a few candy bars to one who abandons his diet altogether in favor of a prolonged sugar binge. Both have consequences, but the second is usually worse.

There are four common scenarios that seem to generate slips.

Certain behaviors enhance stress. Irregular or binge eating, skipping sleep, overwork, obsessive worry or resentment, compulsive hyperactivity – all can contribute to a feeling of being overwhelmed. Particularly when you isolate yourself from others who might help you restore balance.

Reach out. A phone call, a visit, a conversation after a meeting, provide opportunities to relieve stress and more importantly, gain some helpful perspective. If you’re going through a period where you can’t avoid exceptional stress, make sure you’ve got a routine of talking things over with someone who understands – every day, preferably.

Calm yourself. Practice simple relaxation or meditation techniques daily (they become more effective when you do).

A homely truism: a structured life, built around a simple routine, is less stressful than frenzied activity. And I’m convinced you actually get more done when you take your time.

Slips often stem from unpredicted surges of negative feeling that lead to panic. They’re rooted in the fight-flight response.

When we’re threatened, our brains reflexively seek to run or turn for combat. But in the absence of saber-toothed tigers, modern man often overreacts to his own fears. Here’s an example, based on the work of scientist Richard Restak:

Imagine you’re sitting in a restaurant, having lunch, and in walks someone with whom you once had a very painful love affair. Suddenly you find yourself flooded with anxiety: heart racing, stomach tense, the taste of food turning sour in your mouth. You manage to sneak out unnoticed. As you walk away your heart slows and the tension drains from your body, and you find yourself wondering why you reacted so strongly. After all, the relationship is long over, right?

You just experienced a fight-flight reaction based entirely on the past. Intellectually you know better, but your emotions are still to some extent a prisoner of a painful history.

The remedy is the same as before. First, reach out to someone. Not a bad idea to have made agreements with several friends to be available for each other in such circumstances, with their number on speed dial. Then, practice your relaxation technique as soon as you can.

Recovery involves a number of changes in lifestyle, and as a rule, most people don’t like change. So there’s a built-in motivation to test the limits. Do I really need to change this? Can’t I just keep doing things the way I always have?

Unfortunately, the answer is frequently no, you can’t.

Example: Benny takes great pride in his work as a media sales rep. That’s traditionally meant taking clients out to lunch and dinner at clubs and restaurants and buying them drinks. It’s his principal sales technique, in fact. But now he finds himself anxious and irritable, and continually tempted. Leaving him with a choice: Keep doing things the old way and probably slip. Or change.

Most people try sticking with the old way, at least for a while.

We don’t just mean friends who urge us to drink or use drugs along with them. Most of the real pressure comes from inside us – from our own desire to fit in.

That’s most visible among children and teens, but it doesn’t go away with adulthood. We all feel the need to belong. Our self-image is to some extent a reflection of the things we admire in others. That’s a major issue, and a source of shame, for some alcoholics. Why can’t I drink like other people?

To some extent, self-help groups are a response to the need for companions who share our experience. We begin as part of a larger culture that accepts drinking. Gradually, alcoholism sets some of us apart. Eventually those individuals accept the need to abstain from alcohol. But where is their peer group? It isn’t easy to identify with those who never had the experience of alcoholism. They could gravitate towards others who are in recovery, too. But some resist that. It’s their reluctance to acknowledge their changed reality.

Can you blame them? Who wants to be different?

But some of us are.

Sometimes slipping up is worrisome.Was taught the relapse is not the first drink yet the behaviors that lead to it.Being a little over 2 years in to my recovery I just fell to my first major slip as I found myself giving into an addictive behavior even though I knew it was wrong (slot machines).Yet I now know I need to step up my recovery efforts and deal with the issues that pushed me to that so that next it’s not a drink.

This is very helpful and though I’ve been in recovery for a few years now, I wasn’t able to go to treatment besides a few days in detox and didn’t really receive much counseling there. Even now as a psychology student going to school with the intention of being a counselor I haven’t heard a mention of slips, every time someone uses even once because of a bad situation and someone handing them a pill or something for example and they take it they relasped, even if they were seeking counseling or help from a sponsor or another recovering addict right after taking it. Thanks for the information I appreciate it and think this outlook will be very helpful.