None of us can change our past or exercise much control over what’s yet to come. 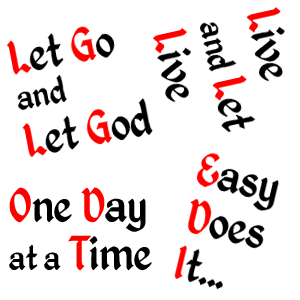 Much of AA’s value in early recovery can be found in its very practical approach to changing behavior — change being something that is never very easy, even for the motivated newcomer, especially given the battering the brain may have taken from recent drug use.

One day at a time — those new to recovery are easily overwhelmed by reflection on past mistakes or by worry over an uncertain future. Problem is, none of us can change our past or exercise much control over what’s yet to come. It’s just another unproductive distraction. By deliberately shifting focus to the present, AA redirects us to the task at hand. It’s an approach that also proves useful for those who suffer from depression, anxiety, PTSD, OCD, etc.

Easy does it — we want to replace the chaos with some level of stability and calm. Why? Because the major triggers for resumption of use involve stressful emotional states. Constructing a lifestyle that supports recovery rather than relapse is a task that is best not hurried.

Live and let live — newcomers are often jam-packed with resentments, oversensitive to perceived slights. It’s a defensive posture that has somehow become default mode for relating to others. The slogan expresses the (foreign) idea that the best way to avoid critical judgment from your fellows is to leave off judging them.

Let go and let God — this is really just an alternative to futile attempts to control things when you can’t reasonably expect to succeed. Instead, ‘turn it over’ to someone or something else — anything, really, as long as it isn’t you.

KISS — for the newcomer, a principal obstacle to change is those thinking and decision-making processes that constitute an ‘automatic pilot’ that seems to fly you back to the same old destination. Simplifying your life and your decisions is a way to reduce stress and thus avoid those panicky feelings that lead you to impulsive relapse.