The secret to improved verbal communication is awareness, so try using video or audio feedback. 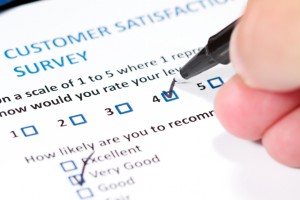 Take the case of an employee who was technically very competent in her job and would have gotten outstanding performance ratings, if it hadn’t been for all those complaints from patients.

The griping was mostly about her having been rude or abrupt. People felt she ‘talked down’ to them. Her supervisor had counseled her about the complaints. She seemed quite surprised and promised to do better in future.

Still the complaints came, and from multiple sources. Before writing her up, the supervisor decided to  observe her work over the course of a few days. His conclusion: What she actually said to people was fine. It was the way she said it that caused the problem.

Tone: Clipped, in a way that made her sound impatient and abrupt, even when she wasn’t. Expression: Flat; she rarely smiled, and even when she did, it lacked feeling. Somewhere along the way she’d developed the irritating habit of breaking eye contact with whoever she was speaking to, as if she was already late for a much more important meeting.

The supervisor concluded that “Frankly, it was annoying just to watch her, let alone be the person who had to interact with her.” Yet once again, she seemed entirely unaware. “I don’t get angry,” she argued, in her defense. “I don’t raise my voice. I listen. I’m polite… I’m just trying to do a good job.” The supervisor had to agree. She was dedicated, dependable, efficient, a model staff member– other than the part about pissing off the patients, emphatically not the objective in a service-oriented field.

I thought back to a colleague of mine, a superb lecturer who nonetheless had the habit of curling his upper lip into a sneer when somebody asked a question in class. It was an Elvis-quality lifting of the lip, noticeable to everybody watching. Occasionally people would come away from class believing he’d yelled at someone (he was actually very soft-spoken). Sooner or later, in nearly every session, someone asked the inevitable ‘dumb’ question, and that lip would start to quiver…

I know, I know, “There are no dumb questions.” Who came up with that, anyway? Far as I can tell, there’s no shortage of dumb questions asked in every treatment program I’ve ever visited, including some by me. That means no shortage of opportunities for the questioner to get upset about the response. And folks in treatment and new to recovery do tend to get upset about small things– like the way somebody spoke or glanced their way. It’s just good business to reduce the risk of provoking them.

An observation about phone conversations: If the person on the other end senses you’re preoccupied with something else, they may get annoyed and start dragging their feet to make sure they have your full attention. Giving that attention to the caller in the first place can actually make the conversation go  quicker.

That’s especially important with managed care reviewers or referring professionals seeking information. Good verbal communication builds good will, and that good will protects you when a real problem arises. When a business is sold, the price can include significant dollars paid for the good will the business built up over years of success. It can be worth a lot.

You’ve no doubt noticed those ‘this call may be monitored’ messages when you call tech support or customer service– that’s somebody’s QI staff conducting random samples to measure overall quality of the product (support) being delivered.

The secret to improved verbal communication is awareness, so try using video or audio feedback. Fact: Physiology prevents us from hearing our own voice as others hear it. A recording is much closer to how we actually sound to a listener. For instance, I discovered that I had a bit of a ‘quacking’ problem when I was explaining something to an audience. I’d be rattling on without realizing I was beginning to sound like a duck complaining to its mate. I laughed when it was played back for me. Corrective action: Slow down. Amazing the difference in how listeners responded. Even their comprehension improved.

Some staff feel the need to answer ever question, even those where they’re not actually sure of the answer. Instead, train them to apologize and promise to get back to the questioner after they find out. Other common problems include ‘overanswering’, or providing waaayyy more info than needed– thus confusing the listener.

It’s surprising how much the atmosphere of a business or organization is improved by enhancing the way people talk to one another. Worth your effort.