The Power of Loss Aversion

Mike Golic, a former pro football player, was asked to recall his five best-ever performances. He couldn’t. “Ask me about my five worst games,” he countered. 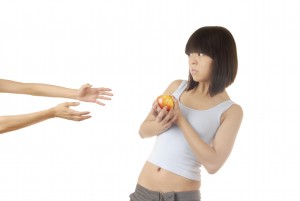 It’s well established in research: people are loss-averse. That means that given a choice, we’re more preoccupied with the possibility of losing money than of gaining it. Or you might say we hate to lose more than we want to win. Most of the time, anyway.

There are exceptions, of course. Buying a few dollars worth of Powerball tickets for the chance to win several hundred million is probably the worst bet ever, but psychologically it works. Change the equation to incorporate a larger risk for a smaller return, and it can stop working pretty quickly.

We really do dislike losing. Sports radio host Mike Golic, a former pro football player, was asked to recall his five best-ever performances. He couldn’t. “Ask me about my five worst games,” he countered. Those he could describe in great detail.

In a recent experiment, researchers set out to test the effectiveness of financial incentives on smoking cessation. Their large experiment involved groups of CVS employees who wanted to quit smoking randomly assigned to Groups A or B. Folks in A were promised $800 simply for enrolling in a quit smoking program and staying tobacco free for 6 months. Lots of smokers signed up for that one. Group B on the other hand asked subjects to invest $150 of their own, with a promise of getting it back, plus $650 more, if they remained smoke-free for the required half a year. Fewer people (14% of those eligible) took that risk, for obvious reasons.

Here’s the interesting part: although a much higher percentage signed up for the program that had no penalties, relatively few of them (17%) actually quit smoking. By comparison, those who took the Group B challenge were far more successful — over half made it 6 months without relapse.

Conclusion: Both findings reinforce the importance of the principle of loss aversion. Group A teaches that if we want to encourage enrollment, reward people for enrolling. Group B shows that people who have ‘skin in the game’– in other words, something to lose– are far more likely to actually succeed in changing addictive behavior. The challenge is to get them to take the risk.

If you’re curious, the pure incentive approach will produce the higher absolute numbers in terms of people who successfully quit, because so many more enrolled. But it will cost a lot more and produce a much lower return on investment per individual. That’ll make eyes cross on the Budget Committee.

It could be that the 14% of Group B who took the plunge were more strongly motivated to quit smoking in the first place. Still, 52% versus 17%? That’s a helluva difference in outcome.

The ideal would be an approach that managed to integrate the two to take to take maximum advantage of the psychology of loss aversion. Maybe you all will have some ideas on that score.

Here’s an article on the experiment itself