The system here isn’t designed to help a sick addict get off (and stay off) alcohol and drugs. It’s designed to process people in accordance with the expectations of society. 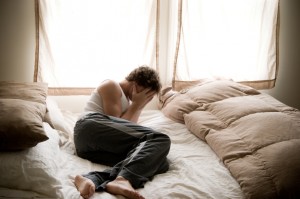 I’m watching as someone takes an intake call at an outpatient program in a small city. The caller was arrested five months ago and is now anxious to clean up before his upcoming court appearance. The counselor is advising him on a plan to detox at home. They’re discussing who might come and stay with him, so they could call the ambulance if he takes a turn for the worse.

The call takes about fifteen minutes. Later I ask the counselor about the absence of detox facilities in the area. “Closest inpatient detox is fifty miles,” he says. “They might take him at the local hospital, but I doubt it. They don’t like to use medical beds for these patients. They’d probably just give him some pills and let him lie on a stretcher until they decide he can go home. That’s what they used to do me,” he says, shuddering at the memory. “Don’t worry, we do this all the time. We have to. And his sister is coming over to his house. She knows what to do if he gets into trouble.”

“Depends on the judge,” the counselor explains. “Probably intensive outpatient. Sessions three days a week for two months. Then if he’s still around, he steps down to weekly.”

“What are the odds he’ll make it that far?”

He shrugs. “His PO will make him. If he gets caught on a urine, he could go to jail for a few months. If they have room, that is. Jail fills up.”

This question surprises the counselor. “This is his third time through here. What does that tell you?”

I ask about a longer-term residential program, but it’s no go. “Waiting list is six to nine months. He could have another arrest by then.”

Cynical or realistic? Maybe both. If the predicted outcome comes to pass, this case will appear in somebody’s statistical report as an ‘unsuccessful’ treatment episode. But in reality, the system here isn’t designed to help a sick addict get off (and stay off) alcohol and drugs. It’s designed to process people in accordance with the expectations of society.

And that’s exactly what it does.