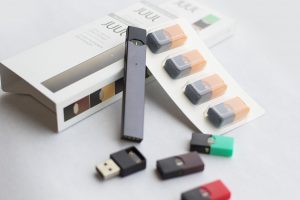 This was awfully sudden.  A short while ago we were reading about potential health issues related to electronic smoking. Now, seemingly overnight, the news is full of stories of what appears to be a new disease – or possibly diseases.

What triggered it? New cases are reported so fast I can’t keep up. NYT says 450 in 33 states, all involving injury to the lungs. A common denominator: electronic smoking. The CDC will investigate. If experience holds, some of the first group of cases will be found to have other causes. Meanwhile, more new cases will be identified.

Turns out this phenomenon isn’t entirely new. There were case reports beginning in 2015, according to an interview with one physician in West Virginia.

What we know at this early juncture:

More developments yet to come, no doubt. Meanwhile, if you’ve actually been vaping to quit smoking, you might want to think about alternatives. Patches, gum, hypnosis, etc.

Or maybe just quitting smoking altogether. Like they say: if you don’t smoke the first one, it’s physically impossible to smoke the rest.