We may be stuck relying on the soft stuff– therapy, support, behavior change, even spiritual growth– all those icky-squicky things that neuroscientists struggle to quantify. 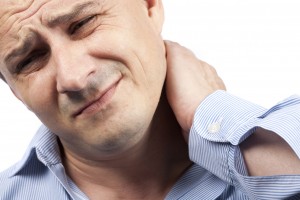 These two articles examine the problem of pain from two very different viewpoints — one scientific, the other very personal.

First comes a report on the search for a safe, less addictive painkiller. Then a personal account by an American dealing with post-surgical pain in a healthcare system (Germany) that takes a remarkably different approach.

The first piece is definitely worth reading, but it’s clear the story remains a long way from its end:

The Search for the Perfect Painkiller

In that respect, there are no clear winners on the near horizon. For the foreseeable future, we should probably expect drugs already in the pipeline, or well on their way through the process, rather than anticipate the advent of a spectacularly successful newcomer.

The big challenge is the “double whammy” of opioid use. On one hand, you must address the problem of tolerance and dependence. Some research suggests that symptoms of withdrawal can appear with a few weeks of continued use. In practice, that means almost everyone who uses them for certain medical conditions will experience at least some discomfort when they stop. Some people will experience a lot worse than that.

Then there’s the problem of craving, or drug hunger. Opioids create a feeling of euphoria that motivates continued use. In some users, we’ll see the symptoms we ordinarily associate with drug addiction: compulsion, loss of control, and continued use despite adverse consequences. Once these appear, relapse is common, as is profound disruption of one’s life.

Right now, the most common treatment for Opioid Use Disorder (OUD) involves the substitution of a different opioid for heroin. If things go as planned, the patient returns to normal function and simply remains on medication permanently. This is actually an imperfect process and a challenge to manage,  but at the moment, appears to be the best we have.

Still, if science’s goal is to develop pain medications that are both effective and prevent new users from the problems described above, it’s necessary to address both aspects. And those may turn out to involve different parts of the brain, and different neurochemical processes.

Will we be able to prevent addiction purely by adjusting the neurochemistry of the pain medications we use? I suspect the answer will be no. Addiction is too complex.

So we may be forced to continue relying on the so-called ‘soft stuff’ — therapy, support, lifestyle change, even spiritual growth– to treat people who have developed addictions. Such approaches are slow, outcomes are difficult to measure, and costs run higher than simple medications. But that may be the best option.

The second piece is a humorous, self-deprecating look at one pill-popping American’s struggles with the German healthcare system and the restrictions it places on opioid use.

After Surgery in Germany, I Wanted Vicodin, not Herbal Tea

You can emphathize. First they give her ibuprophen rather than Vicodin? Then they have the gall to warn her against overuse of ibuprofen?

Somehow she survives, to her astonishment. Even thrives. Learning that much of her anxiety, if not most of it, was based on fear of pain rather than pain itself — which, surprisingly enough, she discovered she could handle.

This is an anecdote, not a controlled study. As they say on TV, individual results will vary. Still, wouldn’t it be interesting to see a structured comparison of outcomes from pain control for post-surgical patients, in Germany, here in the US, and perhaps in other developed nations?

Would it come as a total surprise if we discovered that some of what we were doing to solve the problem of pain was actually making things worse?