Stigma Behind the Stethoscope

There’s no shortage of stories among nurses and doctors about a friend or family member who went through treatment and relapsed, perhaps many times. 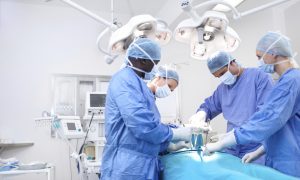 Most of us are aware of the impact of stigma on public perception of addictions. But the effect can be seen among healthcare professionals as well.

“I don’t want those people in my ER,” complained the Director of Nursing at one busy hospital. “They don’t get better. We just recycle them.” I reminded her that those that did get better were unlikely to show up in the ER again. I don’t think that had ever occurred to her.

An orthopedic surgeon offered this criticism of physicians in recovery: “Their opinions are biased  because of their own history.” As if this somehow disqualified them. The recovering docs I’ve met have degrees and training every bit as good as the surgeon’s, plus a whole lot more experience with treatment and recovery.

I think it’s actually harder to eradicate stigma among healthcare professionals than in the public at large. Professionals who hold such beliefs often see themselves as realists. Reminds me of an old friend who will insist he is not a racist, although if you listen to him rant, you’d have to conclude otherwise.

There’s no shortage of stories among nurses and doctors about a friend or family member who went through treatment and relapsed, perhaps many times. We empathize with their anguish, but that can inadvertently bias us against evidence to the contrary. We know Marie’s dad has been sober for 20 years, but Ben’s cousin’s marriage broke up due to drugs. Somehow the second makes the bigger impression.

Why? Maybe because it appeals to our deepest fears.

Likewise, we tend to view addiction in terms of its latest incarnation, whether that involves prescription painkillers or street heroin or synthetic pot. But addiction has been around for thousands of years, in various forms, in nearly every society where such substances were available. Our short-term view can make us impatient for ‘results’, in a very unrealistic way.

Like a football team that’s expected to win the Super Bowl — if they don’t, we’re disappointed. And the public does not like to be disappointed.

In recovery, we learn to seek progress, not perfection. But many of our professional colleagues grew up viewing addiction as the victim’s own damn fault. I don’t think we can reasonably expect them to change their attitudes, simply because they’re incorrect or unfair.

Better to anticipate such prejudices, and devise workarounds for a classic confirmation bias.