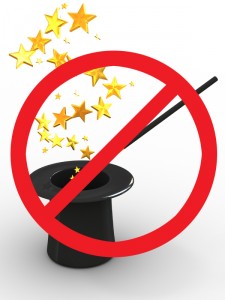 We’re hearing the phrase spontaneous remission used now in discussions of addiction. It’s borrowed from cancer treatment, where it’s used to describe an unexpected improvement in a patient whose disease otherwise appeared to be growing worse. If the remission doesn’t appear to be due to treatment, it’s called spontaneous.

In addictions, the term is often used to describe periods where the symptoms of substance disorders appear to improve on their own, without intervention from treatment. It’s common in the experience of addicts and alcoholics and is often cited by opponents of a disease concept as evidence that addiction is not actually a disease. If addiction were a disease, the argument goes, then such spontaneous remissions would be rare.

That never made much sense to me, because it seems likely that the experience of addiction would feature periods of reduced or no use, in response to the problems and pressures that appear in the life of an addict. The individual is motivated to action by the need to relieve those pressures.

An example: at an outpatient program, clients have often stopped or greatly reduced consumption several months before they enter treatment. They were assessed with a substance disorder shortly after an arrest for drunk driving, but had to wait several months for the Court process to complete. The experience ‘scared them straight’– temporarily– and it’s not unusual for them to arrive in therapy with 90 or 120 days of abstinence under their belts. It certainly doesn’t mean they don’t have a serious substance disorder. It’s just evidence that sufficiently motivated, they can exert control. For awhile at least; most return to drinking when the pressure’s off, and tend to experience further problems.

Back when I was heavy smoker, it seemed I was constantly coming across articles about lung cancer and the health hazards of smoking. It felt as if the universe was nagging me. Occasionally I’d put myself on a regimen of two cigarettes a day, which I’d discovered was supposedly a ‘safe’ amount.

The ability to limit my consumption wasn’t evidence that I didn’t have a brain disorder related to nicotine. As far as I could tell, the effort of will required to do so– and the relapses that seemed to follow without volition– were evidence that I did.