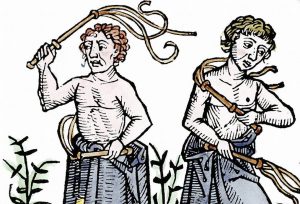 I recently heard an expert refer to addiction as self-induced. Hadn’t come across that particular term in years. This time it was used in relation to other drug addiction, but it was once a very common view of alcoholism, especially among physicians.

Maybe that’s still true. Here’s a survey I happened across.

In this context, self-induced simply means “caused by the patient”. (Curious that a common dictionary example is vomiting.)

The presumption is that since the decision to use is made by the patient, the consequences that follow, including addiction, are somehow the patient’s fault.

There was never agreement as to the patient’s motives for choosing addiction over the other available life paths. Certainly it would qualify as a really, really bad decision.

Some doctors attributed it to a general lack of concern for one’s health. “I warned Robert that drinking would kill him, but he started right up again. I guess he just doesn’t care enough to stop.”

Others saw it as a form of slow suicide. “He seems depressed, but says he doesn’t want to see a psychiatrist. We’ll detox him and hope he’s finally learned his lesson.”

Still others viewed as a matter of self-control. “There are times when I’ve wanted to have another drink, but you have to say no. Exercise your willpower. Maybe he’s just weak. Some people are, you know?”

Heroin addicts got even harsher treatment. To some physicians, they seemed like aliens from another world. “I can’t imagine voluntarily sticking needles in your arm. I hate needles. But this guy loves them! Look at his veins!”

Many physicians viewed their responsibility as ending at the neck. The world of the mind was somebody else’s problem. Call the headshrinker, they advised.

Gradually, perceptions began to change. Much of that was due to renewed focus on the effects of genetics and lifestyle on a wide range of our most serious and persistent health problems.

Take heart disease. Could that truly be considered self-induced?

So why is heart disease regarded by most Americans as a ‘legitimate’ illness while addiction is condemned as self-induced?

The difference I suspect comes down to stigma. Traditionally, society has tried in vain to deter its citizens, particularly the young, from experimenting with addictive substances, by portraying the addicted as bad  rather than sick.

A recovering woman spoke about her experiences to an audience of high school students. Afterwards, a parent complained that she was sending exactly the wrong message. Stories of recovery, he claimed,  just encouraged kids to try drugs, thinking that if they got in trouble, they could just go to rehab and get fixed.

It’s a naive view. We have longstanding legal age restrictions on alcohol and tobacco use; nonetheless,  most adolescents experiment in their early teens. This is the rule, not the exception. How did that come to pass?

The real mystery is this: given the vast numbers who use these substances, why don’t more of them develop addiction? Having read the research, I’m confident it’s not just a matter of decision-making, or willpower, or even depression.

But I think it’s a topic worth studying.