Don’t chains have quality control mechanisms to alert headquarters to abnormal patterns in prescription use? 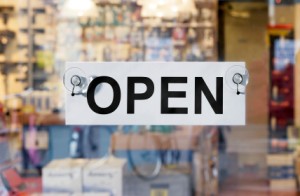 One aspect of the opioid epidemic that’s always baffled me: widespread involvement by major pharmacy chains in the vast over-prescribing that helped jump start the whole thing.

Now that we’re learning more about the extent of their participation, it’s clear to me that it could happen again, perhaps with a different class of high-risk medications, but with comparable results. Might be smart to conduct a post-mortem evaluation of the system, akin to those done in the wake of the Wall Street Crash of 2008 — another entirely preventable disaster that nobody bothered to prevent.

I can understand a corporate exec of a company in need of revenue succumbing to the lure of fast profits. It’s a human failing. But what about the thousands of pharmacists and benefits managers throughout the system? They manage the process. Surely they noticed something, right? How come nobody howled in warning?

I’m not interested in the conscious criminal. It’s the regular folks I wonder about. Three possible explanations for their silence, that I can see:

I had to laugh at the response of the person who answered the phone at a chain drugstore, when a reporter asked about the DEA’s finding that their pharmacy had filled by far the most opioid prescriptions of any in the state. Her confused reply: “We did?”

Across a broad section of the professions, we might encounter all three, along with a few I haven’t thought of. Chains have quality control mechanisms to alert headquarters to abnormal patterns in prescription use, don’t they? Of course they do. Somehow, it failed. Or maybe somebody higher up decided not to listen.

Whatever the cause, the ultimate outcome was certainly destructive. I doubt the big chains are eager to accept the blame, however. Here’s an example:

Around the height of the opioid epidemic in 2009, drug giant Walgreens handled nearly 1 in 5 oxycodone and hydrocodone pills

I don’t have a solution other than to suggest that America take the necessary steps to ensure that corporations and government cooperate to monitor and control the flow of prescription painkillers throughout the healthcare system.

In other words, do what we thought they were doing, but weren’t.

By the way, the Ohio judge handling a vast number of opioid-related lawsuits just set an October trial date for a case involving some familiar names in the world of pharmacy: Walmart, CVS, Rite Aid, Walgreens and Giant Eagle.