This goes back to a problem in assessing pain. There’s no physical test for what is essentially a subjective experience. 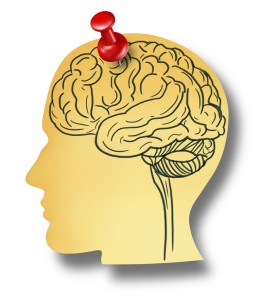 Here’s WaPo’s coverage of an interesting new study: the prescribing of opioids to persons who have co-occurring mental health disorders.

Researchers found that almost one-fifth of those who received two or more opioid prescriptions in the past year also had a co-occurring disorder, such as depression. Surprisingly, more than half of the prescriptions for the more potent opioid medications went to mental health patients.

Which suggests that opioids are being overprescribed for that population — not so hard to believe when you remember that  opioids are prescribed not by psychiatrists, but by medical practitioners who may lack knowledge, training, or experience in treating mental health problems.

Of course, there’s a chicken-and-egg question here: We know that chronic pain contributes to  depression and anxiety. The article suggests that depressed or anxious persons may report pain as more intense, due to the influence of their psychiatric disorder. This could lead the physician to prescribe more liberally than usual.

And there are inherent problems in the way we assess pain. There’s no physical test for what is essentially a subjective experience. Instead, the doctor relies on patient self-rating, usually on a 1 to 10 scale. Is this self-rating trustworthy? What happens when depression or anxiety influences the patient’s perception?

It’s also true that, by their nature, opioids do make people feel better. That’s why for millennia, people have abused them. Withdrawal symptoms can cloud the picture as well.

How does someone with pain tell the difference? It’s not easy. In some cases, it may not be possible.

Complicating things is the common failure of physicians and other practitioners to communicate with one another. A few years back, states began requiring addiction treatment programs to interview the new client about other providers involved in the case– mostly medical clinics and practices. The addiction program then had to seek permission from the client to send those providers a letter letting them know their patient was in treatment for an SUD and requesting any info on medication regimens. But when they did (sometimes the client refused)– the letters mostly vanished into the ether. There was no response from the medical side.

I complained about this to one physician, who smiled and shook his head. “Communication– it’s just not what we do,” he said.

Anyway, this ‘silo’ phenomenon is a big part of the problem when it comes to patients getting multiple meds from multiple physicians, without their knowledge. Same for avoiding discovery by using multiple pharmacies. It’s not that difficult if the database isn’t connected, or nobody bothered to check.

Like I’ve said often, some of those opioids will wind up on the street, resold at a profit, probably to fund  a heroin habit.

The new data is from surveys rather than studies so the percentages could change as different research is conducted. Still, it’s a new challenge to efforts to stem the opioid epidemic, based not on the nature of the substance or of addiction itself, but on a persistent flaw in our healthcare “non-system”.