Oh– as for Fentanyl…

…we’re often well behind the curve in terms of what’s actually happening in colleges and bars and on the streets around America. 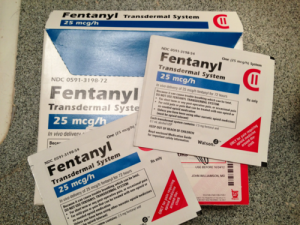 Sometimes when we review the curious “wave phenomenon” that has characterized our current opioid epidemic– the first wave being prescription painkillers, followed by an upsurge in street heroin, and in recent months by a marked increase in fentanyl– it’s easy for folks to get the idea  that somehow, these changes mean the epidemic is winding down.

I don’t believe the evidence supports this. In fact, the worst may be yet to come.

When it comes to drug epidemics, much of the information we rely on comes from two sources: Emergency room contacts and seizures of contraband substances by law enforcement. It’s essential data, of course, but sometimes well behind the curve in terms of what’s actually happening in the schools and bars and on the streets of America. It means we’re often late to the party when it comes to recognizing truly dangerous trends. I think that may have happened again. The fentanyl problem is worse than we thought.

Here’s the story: After receiving a tip, the authorities conducted a search of passengers on a cross-country bus. In someone’s backpack they found “4 pounds of heroin and about 5 pounds of fentanyl.” The passenger ‘fessed up, explaining that he was to receive five thousand dollars for delivering the pack and its contents to someone in New York City. He’d ridden all the way from the San Francisco Bay Area.

Think about that. Last I looked– maybe a year ago– that much fentanyl could be converted to millions on the street. That’s not counting the heroin, which was probably to be combined with the fentanyl. This fellow was willing to carry it coast to coast, on the bus. He didn’t even think to rent a mid-size car. All that risk for a lousy five grand.  And the depressing part is, had nobody tipped the authorities, this plan, dumb as it sounds, might very well have succeeded.

He’s not alone. Check this out, from the Norfolk area of southeastern Virginia.

That seizure had arrived by US mail, from Shanghai. “The last thing we want is for the U.S. Postal Service to become the nation’s largest drug dealer,” stated an official. But if it’s that easy, it probably will. We know how much was seized, but how much got through?

Last anecdote: This concerns a pill mill— yep, we’re still weeding those out, even today– operated by a 36 year old licensed physician who actually prescribed controlled substances to every single patient seen between 2015 and 2017. Some half a million doses in toto.

Now he’s going to jail, of course. At last. But think how long he got away with it.

Honestly, does  this sound to you like the opioid epidemic is finally coming to an end?

Lisa, we’re happy for your feedback however you post it! We count on you and other readers to pass along good information and let us know when we hit or miss.

Your posts, all of them, have been fantastic these past months. I intend to comment on every single one but just never get around to it. Today’s the day. Thank you for spreading awareness in a quantitative manner. I learn something every time I read. Sent with gratitude, Lisa