It’s a real challenge for the folks on the ground to fit their reality into the prescribed format of a Federal grant. 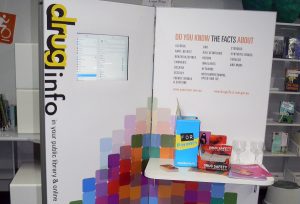 Here’s a short piece from NPR, on the desire for more flexibility in making use of Federal drug abuse funds:

One key issue: an ongoing need to respond to changing patterns of drug abuse within a community, because of the continuing evolution of the “drug landscape.” Right now, governments are chafing at Federal grant restrictions that compel them to focus almost exclusively on the “drug of the moment.”

That’d be opioids. During the last major national epidemic, it was cocaine. Grantees complained then, too.

It’s easy to see why. Does it make sense that a grantee isn’t allowed to make use of some of its Federal opioid grant funds to respond to an emerging need for cocaine treatment? By the way, 16 tons of coke were seized at the Philly docks recently. Or why can’t some opioid prevention funds be used to address youth vaping, now growing like a weed in America’s high schools?

The rationale: without restrictions, there’s no guarantee the money will be used for its intended purpose. It could become an all-purpose slush fund that encourages abuse. What would happen to accountability?

That’s a legit concern. Once those boundaries have been breached, it’s tough to bend them back into shape again.

That said, tying drug abuse funds to a specific substance flies in the face of reality. It just isn’t the way things work, at least in the majority of communities.

At one busy urban assessment center, a questionnaire was used to measure the extent and severity of someone’s substance use during the previous 30 days. That was to determine correct placement in treatment. Clients willingly acknowledged regular use of 3 to 6 different drugs in a 30 day period. That could be tricky, though; someone who described themselves as an “occasional” pot smoker could mean anything from once a month to seven days a week.

Whenever a new drug hit the streets– a synthetic, for instance– many users would rush out to try it. They didn’t know what it was, so when they arrived in our clinic, they could only offer a rough description. “Pretty sure it was a downer,” one client insisted. “But with upper qualities too.”  There’d be a mad dash to collect, analyze and classify the stuff so we had a chance of figuring out how to respond before the casualty count could rise.

It isn’t easy to design a law or a program at the Federal level that is capable of addressing such rapidly changing needs. Same for asking the folks on the ground to fit their reality into the prescribed format of a Federal grant.

So if there is a way to build a bit more flexibility into the process, and I suspect there is, it’s definitely worth our while to search it out.