Clinicians… feel as if they’re always missing at least one extremely important tool that would make all the difference. 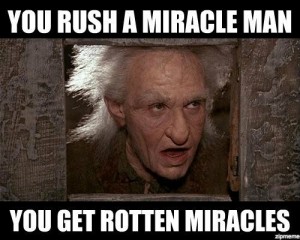 I came across this well-written account of a young woman’s struggles to help her heroin-addicted uncle out of the morass of longtime heroin addiction. I think it’s the beginning of a series.

It’s tempting to offer advice but my sense is she wouldn’t welcome it. Sometimes when someone is already on a path, they need to follow it to its end, for better or worse. Best not to get in the way.

The part that interested me was the challenges involved in treating the very chronic ‘multi-problem’ patient. Even when your community has a relatively full continuum of services, there will still be plenty of folks who don’t do well. I find myself picturing a wall of boxes in the local post-office, and a pile of packages that don’t quite fit any of them.

I’ve worked in treatment settings designed to serve this population and witnessed the  frustration of clinicians. They feel as if they’re always missing at least one extremely important tool that would make all the difference. Usually they’re not sure what it is.

And there’s the added problem of motivation. Clients whose previous history keeps telling them that it’s already too late, so why bother trying? It reminds me of one troubled Northeastern city where the new mayor had to ban his staff from using the phrase “we already tried that and it didn’t work.” Might have been true, but it discouraged them from further efforts.

I recall one older man with a history that included a hundred fifty visits to the crisis unit, sixty acute admissions, and nine long-term commitments to state institutions. Yet after reviewing his voluminous records, we were at a loss to specify exactly what was wrong with him. “Looks like he got caught in the revolving door,” a nurse concluded. Too right.

That happens in the criminal justice system, too. Chronic offenders fall into a pattern of repeat arrests, followed by short stints in jail, followed by release back into the community. Where it all begins again.

We tend to emphasize the system’s many faults, but it’s often true that the individual himself has either stopped trying, or never put in much effort in the first place. The clinical staff recognize this but it’s a real challenge to overcome it.

For the truly chronic, motivation may arise from external pressures, only later to be internalized. But there are also those who relate stories of abrupt recovery when they weren’t even trying. As if they were just out wandering about, lost, and then suddenly, the fog lifted.

I can’t explain it, of course. It makes me think of Miracle Max in The Princess Bride, who you went to when in desperate need. Only I never know who will play the role of Miracle Max in a particular case.  Every such person who finally emerges into recovery remains to some degree a miracle, and a mystery.