Drugs and the Homeless

…the problems we decide not to deal with at present go on to undermine treatment for the rest. 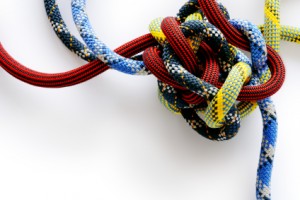 This feature in the Los Angeles Times is about rising methamphetamine use among LA’s massive homeless population, many of whom live in camps. But I’ll take the opportunity to make a few observations about the problem of homelessness itself. The popular drugs of abuse among this population will change– from crack to heroin to meth, for example, and probably back again – but the challenges to treatment remain the same.

“Nearly a third of homeless people,” the story asserts, “report having either a serious mental illness, a substance abuse issue, or both.” Sounds low to me. I’m accustomed to estimates of half to two-thirds. Perhaps with homelessness becoming so common in major cities, the demographics have shifted towards a broader cross-section of America.

Still, if meth is taking the place of heroin, we should anticipate a decline in OD fatalities (unless of course fentanyl changes the equation) accompanied by a spike in both mental health emergencies and episodes of violence. That’s been the pattern in past stimulant epidemics.

There’s a reason why the wartime Japanese named amphetamines “the drug to inspire fighting.”

There are other consequences of meth use: sleeplessness, loss of appetite, paranoia, visual and auditory hallucinations. Meth users wind up in Emergency Rooms where serious medical problems are often identified, especially involving heart and lungs. IV meth use opens a Pandora’s box of infectious disease.

In practical terms, it’s difficult or in some cases impossible to successfully treat someone’s addictions without addressing the other problems that plague this population. The problems we choose not to deal with are likely to undermine treatment for the rest.

Ironically, while getting the homeless off the streets is almost universally popular with voters, politicians tend to focus on the quickest solution, which is arrest and incarceration. That leads to clogged courts and overcrowded jails, however. Which in turn creates pressure for rapid release, resulting in a revolving door, to and from (where else?) the streets.

And this can lead to a whole new set of problems for the community. Our correctional institutions can become incubators for disease and contagion.

So a shift towards methamphetamines, although important, is really a symptom of another, larger set of problems. And we’ll need to think bigger if we hope to make a lasting difference.