Cannabis as an Opioid Addiction Treatment

It usually comes back to the assumption that another problem ‘underlies’ addiction, and therefore will respond to treatment with the “right” drug, if we can figure out what it is. 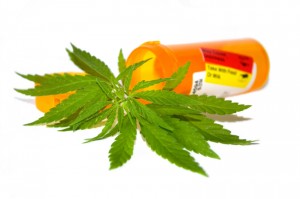 I admit I was surprised to see our state’s advisory board recommending medical marijuana as a primary treatment for– opioid addiction?

I am not making that up. I guess the theory is that opioid patients aren’t using enough drugs.

I’m not sure where this notion came from. Doesn’t seem to be based in science that I can locate. There have been a couple heavily publicized surveys from California dispensaries indicating that medical marijuana patients report decreased use of illicit drugs. But that suggests that a significant percentage of the dispensary’s clients are in fact polydrug users– something I’ve suspected, given the relaxed standards for getting on a medical marijuana program.

How relaxed? An ad in our alternative newspaper touts a “Marijuana Doctor” (is that now a subspecialty?) happy to provide a “PTSD Diagnosis”. The outcome is apparently guaranteed. Customers walk away approved for a cannabis card. I don’t know what their precipitating trauma might be. Lack of cannabis?

Not that they aren’t already smoking marijuana. Having looked at thousands of ASIs– that’s the Addiction Severity Index, focused on use in the previous 30 days– marijuana comes up as a solid second to heroin among opioid patients. That medical cannabis card may simply provide access to a higher quality product– higher THC content, I mean– desirable if your aim is to get high.

Right now, the Wild West climate around marijuana reminds me of the days when drug reps visited addiction programs to enthusiastically recommend long-term use of Valium as a treatment for alcoholism. Or years later, when experts began touting the new generation of opioids for use with heroin patients, in the belief that ‘untreated’ chronic pain drove heroin use.

It reflects the common belief that some other problem ‘underlies’ addiction, and if we can just figure out what it is and treat that, the desire for heroin or methamphetamine will disappear, and the patient can return to a normal, healthy, heavily medicated existence (OK, I’m editorializing there). I’ve rarely seen that work in real life, but that doesn’t mean the medical establishment is ready to give up on it. For one thing, there’s a whole lot of money to be made for some lucky entrepreneur.

I’m a subscriber to the philosophy that treatment works best when we treat addiction and other disorders as independent and coequal, but in need of careful management so that the treatment of the co-disorder does not interfere with recovery from addiction.

As it so often has in the past.♠