Cannabis and the Political Class

If we’re going to rely on science in decision-making, we should at least make certain it’s good science. 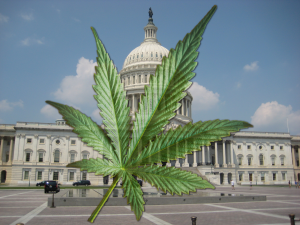 I was looking over some recommendations that emerged last summer from House and Senate Appropriations Committee hearings. “Appropriations” means funding, so I thought perhaps I should take note.

The first one seems common sense: Remove cannabis from Schedule 1 so it can be properly researched. There’s actually a long and lurid history behind the Schedule 1 prohibition of cannabis, but even when you understand the complex forces at work, it still doesn’t make a lot of sense. I think it was a mistake that’s overdue for correction. Ironically, including marijuana actually undermined public confidence in the whole Schedule system. “You put heroin together with wacky weed?” asked one student, amazed. It’s not easy to explain.

Here’s an idea whose time I suspect has come: Begin testing products sold at dispensaries in states where cannabis has been legalized. Right now the situation in certain states reminds me of the days of old, when traveling salesmen hawked “patent medicines” to customers seeking relief from a vast range of unrelated complaints. This is where the term snake oil originated; the preparations were advertised as being just that. They rarely were. But by the time the customer realized s/he’d been “took”, the salesman was long gone.

You can watch the spiritual descendants of these hucksters on late-night cable TV.

Several times I’ve asked friends who enrolled in medical marijuana programs about the THC or CBD content of the cannabis they depended on for daily relief. Surprisingly, most didn’t know and hadn’t asked. These are folks who check the labels for gluten content in baked goods. Somehow, they have faith in the quality and safety of the cannabis they use. As a result, the market is developing along the lines of what we have for dietary supplements– most people who take them don’t really know what’s in them. The labels are often inaccurate, misleading, or just plain fake.

I just finished reading a VA report that characterized the evidence in favor of cannabis for chronic pain as ‘low quality’. In practice, that means that when more research is done, it’s “very likely” to substantially change our estimate of the drug’s effectiveness. That’s still better than “very low quality”, which is essentially an expert’s opinion — but not much.

More research is important. If we rely on science in decision-making, we should go to some lengths to make sure it’s good science.

On this last one, count me as undecided: Research the role of cannabis as a possible partial solution to opioid overdose and opioid addiction.

No objection to further research, but I’m skeptical about the theory behind this. There’s no obvious link between opioids and cannabis, the way there is with methadone or buprenorphine. So why would we think smoking pot would help somebody stay off heroin?

Far as I can tell, it’s based on anecdotal reports and surveys of dispensary clients. A medical marijuana dispensary might ask clients about other drug use now that they’re maintained on cannabis, and their answers have suggested that other drug use has slowed.

One program in Southern California provides marijuana to its patients as an anchor of its $40K a month service, but far as I can determine, that’s based on the founder’s personal beliefs. Any success his patients experience may be attributable to whatever else his program provides in the way of treatment and support.

If you enroll people with alcoholism in a structured program with close monitoring and supervision, a substantial percent will appear able to control their intake of alcohol. That doesn’t necessarily hold true once they leave that structure, however.

Many persons on medical marijuana for pain or PTSD etc. also have long histories of other drug use. It’s a familiar pattern that became super-prominent during the cocaine epidemic, as ‘polysubstance users” began to dominate treatment populations. The old divisions between opioids and alcohol and other drugs blurred. Patients would arrive in treatment reporting recent use of a half-dozen substances, marijuana among them. They might list heroin or crack at the top, but acknowledge using alcohol, benzos, etc., when available.

I wouldn’t find it at all surprising if a new source of high-quality cannabis (the dispensary) was simply incorporated into a user’s pattern of substance use. It may not be as satisfying as heroin, but booze and pot are cheaper and easier to come by. Anything that tamps down withdrawal symptoms, even partially, is an asset.

The harm reduction benefit (however much it might be) from lowered risk of overdose is entirely to the good. But does it fit the idea of recovery from addiction? Depends on your definition. Here’s the latest consensus version. See how you feel about it.