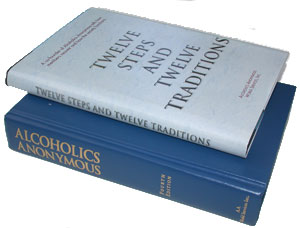 Depends on who you ask.

Most AA members will tell you that they aren’t. Critics of AA will insist they are. Both sides present arguments, and for the most part, those arguments depend on the separation of spirituality from religion.

In AA and NA, the two are commonly held to be different. Spirituality is defined in terms of a native human desire for contact with a higher power — a desire that can take many different forms. In that view, religion is a form of spirituality. As we all know, there exist many religions– some mainstream, some not, and all different from one another in some important way. Thus AA is seen not as a religion, but as a spiritual path.

Others have vigorously rejected that viewpoint. The language of the Steps, they argue, in particular its references to God, is proof positive that AA is a religious sect. The caveat ‘as we understood him’ makes no difference to them. This viewpoint is often expressed by those who find the whole notion of God to be superstition — unenlightened and at worst, actually harmful.

Since both sides argue from their own perspective, it’s impossible to reach a clear resolution.

And being human, we all have our blind spots. I was driving home with the radio tuned to a discussion of global warming. Host and guest bemoaned the unscientific bent of so-called ‘climate deniers’. But then they switched over to another topic– the influence of the moon in Capricorn on stock prices.

It’s human nature to assume that our perspective is the correct one. That creates conflict with people who see things differently. And conflict is probably what we’re stuck with.

For those who are interested, I recommend the writings of Ernest Kurtz, including Not God: A History of Alcoholics Anonymous.

You can also find a more extensive discussion of non-believers and the 12-Step model in our ongoing series “Recovery Without God.”

i don’t argue with the use of the terms “religion” or “god”. What I do object to is “turning over our power” because I don’t think that works……I use my own “power” to not pick up that first drink. Turning it over does not help me. I also strenuously object to the idea that god is a “him: and I don’t care how generic or all-encompassing people want to use that pronoun….it still is the masculine pronoun “him” that infuriates me. Using “her” isn’t any better. god is neither him nor her and doesn’t intervene in addictions.