A System That Isn’t One

It makes little sense to criticize our “system” of mental health care, when it’s only a system in some places. In the national sense, it isn’t a system at all, and never has been. 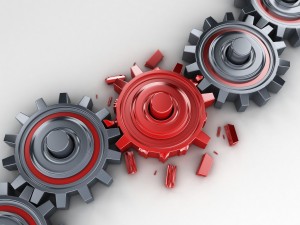 I see that mental health professionals who work for the giant Kaiser health system in California are back on strike, for the third time in just three years. Here’s an update.

Frankly, I have sympathy for Kaiser, which is essentially a good organization with a record of providing good care. But in this case, things obviously aren’t working. My experience is that this happens a lot when managed care organizations confront the many challenges of delivering mental health services to a growing number of patients.

The problem as I see it: Unlike chronic medical conditions that respond reasonably well to medication and the occasional visit to the doctor, mental health disorders often do not. My endocrinologist can juggle diabetes meds in the course of a twenty minute visit every 6 months, and the majority of his patients are like me– stable. That’s not so often the case with a bipolar patient, particularly at the lower end of the socioeconomic scale, where problems tend to multiply and resources can be quite scarce. A significant percentage of patients in a mental health system will require psychotherapy and a whole range of other supports. Plus the unique nature of their disorder suggests they may not comply with a med regimen– patient compliance being a problem throughout healthcare, but especially where the patient suffers from a mood, anxiety, thought, substance, or personality disorder.

Translation: That can make it much, much harder to control costs in mental health than in other areas. And let’s face it, controlling costs is ultimately why managed care exists.

This is not because we’re bereft of good ideas. Way back in the 60’s, a piece of Federal legislation called the Community Mental Health Act followed in the wake of a movement to aggressively downsize big state mental institutions (you may recall that Ronald Reagan played a big role). Hospital care was costly, and the expense of state-run programs went directly to the taxpayer. The prevailing political winds were beginning to blow against big government in general.

The plan was to replace Ginormous State Mental Hospital with a network of friendly, patient-centered, neighborhood mental health clinics that provided convenient, affordable care. Distribution was to be according to population, with a center for every so many thousand residents, and additional clinics in rural areas. These community centers would be equipped to handle everything from brief crisis care to long-term outpatient services. They’d replace the hospital for all but the sickest patients.

You probably already know what happened. Less than 50% of those centers were ever built. The outcome: Huge, persistent gaps in the services in many communities. It took on a familiar pattern– clinics were concentrated where the money was, leaving the less fortunate badly underserved. That meant frightening consequences for many families of the chronically mentally ill.

Don’t take my word for it; ask them.

This wasn’t because experts hadn’t come up with a reasonable solution. They had. But our society lacked the political will to make it happen.

And in a sense, we’ve been struggling to patch the holes ever since. We’ve co-opted the criminal justice system, filling our jails and prisons with the mentally ill. We’ve stuck them in homeless shelters and halfway houses to keep them off the streets. We’ve let way too many of them just plain do without.

So it makes little sense to criticize our “system” of mental health care, when it’s only a system in some places. In the national sense, it isn’t a system at all, and never has been.

What would we need to do to fix it? Like I said, we already know. More to come.

(This is part one of the post that continues with “A System That Could Be One.”)