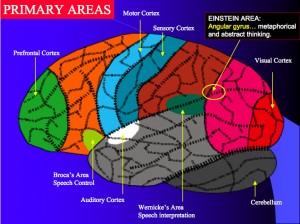 A Primer on Psychiatric Disorders, part 4

Psychiatry has made enormous strides in the identification of mental illnesses. Nonetheless, most disorders are still defined in terms of their symptoms, rather than their causes. Why? Because science hasn’t yet determined those causes.

For instance, psychiatry lacks blood tests for its most common disorders. The doctor can’t hand a depressed patient a lab report to confirm a diagnosis of depression. The patient can, with some justification, question the diagnosis and the treatment that follows. Many do just that.

The Diagnostic and Statistical Manual of Mental Disorders — the DSM, now entering its fifth major edition — is at root a consensus document informed by research. In spite of the advances, science still struggles to understand the disease process that underlies most disorders. The DSM focuses on accurately describing them. Descriptions change as more becomes known.

One common critique: DSM criteria may sacrifice validity in the pursuit of reliability.

Reliability is a measure of the consistency of an assessment. Nobody wants the same patient to be evaluated as schizophrenic on Monday and bipolar two weeks later. You want the same diagnosis in response to the same set of symptoms.

But the diagnosis also has to be valid (accurate). An invalid diagnosis is like a bathroom scale that’s off by five pounds. It weighs everybody incorrectly. No point in a diagnosis being consistent if it’s just consistently wrong.

Another critique: DSM criteria by their nature transform the patient into a disorder — something patients dislike. Much attention has been paid to this issue in the past few decades, particularly with greater awareness of those who suffer from more than one disorder — for instance, depression plus alcoholism.