Landing On Your Feet

For most of us, personal risk management boils down to inserting a process of logical reasoning between the desire and the action. 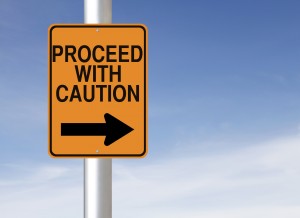 Recovery has never been easy. I suspect that even people who claim it wasn’t that difficult are just relying on selective memory.

It’s one of the strongest arguments for continuing in treatment rather than simply declaring yourself healed and dropping out. When I hear someone emerge from rehab insisting he’s grateful for the help and just glad to put this behind him, my first reaction is, “you weren’t paying attention, were you?”

One helpful strategy is to take steps to limit the impact of mistakes and errors of judgment that you will inevitably make. I mean, everybody makes mistakes. No one is excluded, even the super smart types, who are guilty of some real howlers. We all need a form of risk management to protect ourselves from ourselves. Where once we might have acted on impulse and relied on our gut instincts, we now require a system for making better decisions. At least when it comes to the risky ones, like whether to change jobs, or get involved in a new business venture, or get married again or buy a house or start hanging around with your drunk friends just to prove to the skeptics that you can do it.

For most of us, personal risk management boils down to inserting a process of logical reasoning between the desire and the action. For instance, Bob sees a new car and lusts to buy the thing. He visualizes himself rolling up to the club in his new wheels, basking in the admiration (and envy) of his peers. These feelings promote motivated reasoning, the kind where emotion rules beneath superficially rational argument. “I have a good job, make a decent salary,” he tells himself. “I might even get promoted. Sure, it’s another payment to add to the rest, but I can string it out over time, can’t I? I might not even feel it too much. I’ve come so far already, when do I get some of the rewards? Man cannot live by sobriety alone.”

He argues only one side, the one that confirms his desires, and ignores information that might contradict it. He signs a contract that a year later, for whatever reason, he can’t live up to. It might even threaten to sink him, financially. Now instead of growth, he’s considering bankruptcy.

Wouldn’t it have been a wiser course to minimize his risk in the first place? He might not buy the car he lusts after, given time to reflect. But at the same time, he might avoid a great deal of unnecessary stress.

One former patient came up with the idea of putting boundaries on his own decisions. He was a technophile, tempted by the latest innovation in entertainment, prone to buy things he didn’t need simply because, well, he didn’t already own them. So he came up with the strategy of placing a hard upper limit on any tech purchase. “I might not be penny-wise,” he explained, “but I at least I know I won’t be pound-foolish.” He developed a simple cost-benefit analysis which he could apply to any purchase over a certain amount. “I’d ask myself, do I have an immediate use for this item?” Use rather than need, because for him, need was an emotional rather than practical matter. Then he would ask himself, “If I buy it now, is it likely to drop in price later?” Which many things do, over time. As much as he was a spendthrift, he also hated to think he was getting gypped out of a future discount.

Hey, it worked for him. It was a way to limit the damage from his mistakes, which in turn resulted in a far more stable situation, wallet-wise. He still made errors, but they hurt less and he recovered more quickly.

I was impressed because this approach seemed to be one that he could actually stick with over time.  As opposed to rushing out to buy latest self-help tome and discarding it a week later. For him at least, it was a more realistic solution. And since it was also his own idea, he was less likely to oppose it.