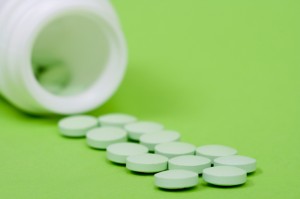 What’s your position on detox and maintenance? Do you recommend it to programs?

I certainly have, especially those that treat a larger number of opioid patients. I think in many ways it’s a better drug than methadone. Easier to use in outpatient practice, and by patient report, less sedating. So with good controls, I’d say it’s a legit therapeutic option. And one that’s not that difficult to terminate when it’s no longer needed, or when you decide to try something else.

The ‘good controls’ part increasingly concerns me. I’ve observed a tendency to slack off on those controls as time passes, and the size of the patient group increases. The National Institutes of Health have published this on the subject.

In 2003 there were 20,000 patients on bupe. In six short years, that grew to 600,000. Anyone surprised that a significant amount is apparently being diverted to what’s politely termed ‘nonmedical uses’? And that this contributes to a growing number of accidental ODs and drug-related ER visits? There’s a saying among street drug users: ‘if it can be done, it will be done’. Translation: if there’s a way to subvert a system to gain access to potent drugs, addicts will find it.

No way around that — we just have to prepare for it. And apparently in future we need to do a better job.

Yes. Opioid Abuse Connected to Mood, Anxiety Disorders. Studies now also focus on not only the relationship between mood disorders and opioids but also the significance of environmental and genetic factors that enhance opioid abuse.

I was on methadone and the soboxone for years. 5 yrs all together I then was given the vivitrol naltraxon for a year……to this day I find myself craving soboxone. Many sell it on the street for 20 dollars a strip. I am clean now for two years. But I loved the help of soboxone but you are right, I found doctors to manipulate saying I was using heroin when I wasn’t and I would induce opiod withdrawl symptoms in order to abtain the soboxone. I know that’s awful!! I’m just saying soboxone in itself is highly addictive and abused often! It seems too easy. To get! For those who truley need it I agree it is a wonder! But it should be treated just as vicoden and oxy is treated. Less is more!