A primary enabler is someone whose well-established pattern of enabling permits the alcoholic or addict to continue drinking or drug use. 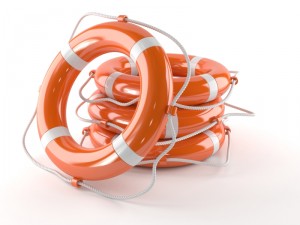 And How to Address It

Enabling: Behavior (on the part of others) that in effect protects or rescues the alcoholic from the negative consequences of drinking or drug use.

Primary enabler: Someone whose well-established pattern of enabling permits the alcoholic or addict to continue drinking or drug use.

Primary enablers are a key to addiction. Their motivations fall into four broad categories (and often involve more than one):

Let’s look at them in order:

Fear always responds best to a simple approach. First, describe (in some detail) precisely what you are afraid may happen. It can be surprisingly vivid. In the earlier example, Grandma could visualize him prone in that gutter, bleeding, to the point of describing the clothes he was wearing. This sort of ‘daymare’ can assume great emotional power in the enabler’s consciousness. Once the enabler brings it into the light and engages in free discussion (such as with a counselor), it immediately begins to lose potency.

Guilt and shame normally respond best to education about the nature and causes of addiction — education that broadens our perspective on what happened and why. Many people assume that serious disorders must spring from something the parents did or didn’t do. That’s not the case. Education also destigmatizes alcoholism and drug dependence, helping to frame them as treatable disorder instead of mysterious, impenetrable enemy.

An excessive need to control others can cause problems in many areas of our lives, not just in relation to alcoholics. It stems from personal insecurity, and may become a dominant characteristic in our relationships. Change usually requires education plus outpatient counseling aimed at finding new ways to reduce anxiety and to make better, less fearful choices.

As far as indecision: I’m always reminded of the story from “Hans Brinker” about the little Dutch boy who saw a leak in the dike and responded by plugging it with his finger. A good short-term effort, but he couldn’t stay there forever, could he? The enabler’s dilemma is similar. Counseling can help sift through available options and choose the best available. However difficult that may seem at the moment, it’s always easier than remaining stuck in an impossible situation.

Here’s the reality: If a primary enabler can be motivated to make changes that support recovery, the alcoholic’s chances of success improve, too.