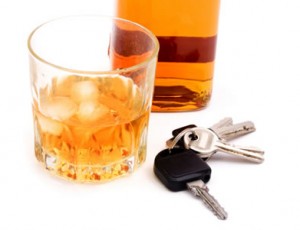 We’re consulting with a program in an area where available stats suggest that about half of persons arrested for DWI are repeaters. That’s high. Of course that translates to some very tragic accidents. It’s a big issue here, and we pay close attention to it.

Those repeat offenses often occur at intervals of a few years. Maybe that’s because the deterrent effect of treatment and sanctions wears off. Or it could be because the offender never really changed behavior and simply reverted once active treatment ended.

Jail’s not much of a deterrent. Even after an extended stay, you still have the question of what happens post-release. The general pop at your local jail is hardly a therapeutic environment. The offender’s attitude may even have worsened.

When we talk about multiple DWIs, there are always two agendas at work. One is to change the offender’s behavior and reduce the risk of recidivism. The second is to protect the public in case that behavior doesn’t change.

It’s difficult to squeeze a lot of motivational work into the course of outpatient counseling. Clinicians are anxious to get to the behavior change part. Time’s limited, after all. But that can leave an unaddressed problem: the counselor’s hard at work, but the client isn’t.

At this program we’ve begun experimenting with the addition of a specifically motivational component to the standard Matrix-model IOP. One goal is to further improve client motivation by

That’s in contradiction to the offender’s habit of viewing treatment as imposed from outside and therefore irrelevant to other parts of life.

It helps that the goals of treatment are in fact congruent with the offender’s own. Getting arrested a second or third or fourth time will not allow you to get a better-paying job or find a better relationship. Everyone benefits from a good treatment outcome.

We’re piloting it now. We’ll let you know how it turns out.