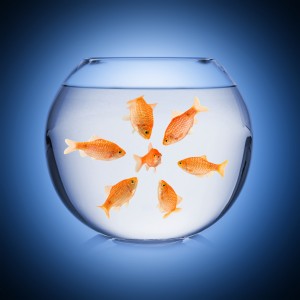 Margaret tells of returning to her parents’ home for Christmas some time after she finally got into recovery. At one point after dinner her Dad brought up an unpleasant incident that had occurred at a similar celebration during the last year of her drinking. He said it as a joke but she could tell that wasn’t really how he felt.

“You know,” she said, suddenly serious, “Back then, I wasn’t trying to hurt you.”

And got a surprised look in response, along the lines of “You weren’t?”

Of course she wasn’t. At that advanced point in her addiction, Margaret the daughter had temporarily abdicated in favor of Margaret the alcoholic. It was almost as if she’d developed an alternate persona. Her family saw the Margaret they knew and loved, but her actions said someone (or something) else was pulling the strings.

We often see this phenomenon among families preparing for an intervention. They arrive with a catalog of grievances that make it sound as if the addict had been possessed by some demonic force. It’s difficult, perhaps impossible, for them to fully separate the behavior from the person. So in recovery, they may cling to resentments from the distant past.

It’s one reason why the holidays can be so difficult for recovering folks. It’s a chance for a family member to bring up the resentments they never managed to work through. The message they convey—“I want you to know how much you hurt us”– can trigger a craving or even a relapse. Of course that’s the last thing the family wants, but it’s what they often get.

Family counseling can sometimes help but the family’s needs may be incongruent, meaning out of sync with the person in recovery. Maybe someone in the family needs to express their anger at a time when the newly sober individual simply isn’t ready to hear it. Maybe there’s grief that the recovering person needs to address at a time when the family cannot tolerate that. It’s a set-up for conflict and often for failure.

What’s the solution? For some, it’s for both family and addict to be in treatment, but separately, dealing with problems and emotions peculiar to their own current situation. Unfortunately, that seldom happens. Frequently the family rejects the need for counseling altogether. And even when they don’t, it’s often inadequate, a mere appendix to treatment.

And a prelude to further problems.