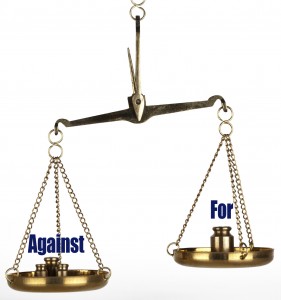 On occasion, I’ve found myself in the position of advising families against doing an intervention. Usually it’s because I’m convinced they’re not yet ready so the attempt will probably fail. That’s hard for them to accept, because by that point, they really don’t want to wait. “But what if something happens to him?” they argue. “We’ve already put it off for so long,” goes another frequent argument.

The way I see it, an intervention is at root a negotiation. It’s more about communication than coercion. Two parties seek to reach agreement on an issue that’s of considerable importance to both. By emphasizing the need for agreement, we set the stage for better overall compliance once treatment has begun.

So when I determine whether a family I’ve worked with is ready for a successful intervention, I’m looking at a number of factors. For instance:

I need to believe the proposed treatment plan is likely to work. This takes time and thought. Some families are so eager to get the addict into care and out of danger that they fail to pay attention to whether they’ve selected the right type of treatment. The evidence suggests that many addicts will require more than one treatment episode before they stabilize in recovery. We want to maximize the chances that the addict will continue beyond the introductory stages. It helps to select the best available option first. Making that decision has a secondary benefit: it focuses the the family on the long term outcome, rather than just the immediate.

I’m also looking at the level of commitment on the part of what may be called ‘primary’ enablers– those persons whose behavior has (perhaps unwittingly) protected the addict or alcoholic from the consequences of his/her substance use — consequences that might have motivated positive change. They can reverse course pretty quickly. I recall one intervention where at the very last minute the boy’s Grandmother piped up with an unexpected offer to pay off all his drug and gambling debts if he would just consent to enter an inpatient program. He promptly agreed, and the family bundled him off to treatment, confident their worries were over. The addict did well in the program, graduated on schedule, and that same afternoon went on a binge. Later, in jail, he admitted he’d never intended to stay clean. “That wasn’t what I agreed to,” he explained, indignant.

The terms of agreement that emerge from an intervention must be the right terms, likely to result in success and amenable to all parties. The process rewards planning, not spontaneity. You’re laying the groundwork for a recovery that we hope will extend far into the future.