The field is getting accustomed to patients arriving in addiction treatment complaining of problems with prescription opioids, stimulants, sedatives, etc, while actively enrolled in medical cannabis programs. 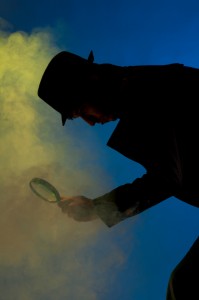 Just a brief update on recent research: it appears that science still isn’t able to say with authority that medical cannabis helps reduce use of other drugs. It’s possible, states this abstract, that “medical cannabis use reduces prescription drug use, yet prescription drug use remains relatively high.” Meaning there’s incremental improvement, but perhaps not enough to make a lasting difference in outcome.

That would make sense to me. I keep hearing reports from clinicians about patients who enter addiction treatment for problems with opioids, stimulants, sedatives, etc, while simultaneously enrolled in medical marijuana programs. That suggests that it’s possible, perhaps probable, that many of those SUD patients on medical cannabis haven’t stopped or even substantially reduced their other drug use.

Here’s the question: does cannabis use help someone recover from the sort of SUD — often severe — usually seen in treatment? We need more research, but my guess is in some cases yes, in other no. It’s also possible that medical cannabis use can interfere with recovery. That’s also something I hear often enough from treatment staff.

“She comes to group stoned,” complained a therapist. “Practically nods off in her chair. When I mention this to the supervisor, she just says, well, at least she’s not lying in an alley after a heroin OD.”

I see the supervisor’s point. But I can also see the therapist’s. You might say the patient isn’t getting worse, but neither is she getting a whole lot better.

What will happen when the superficial structure of treatment isn’t there? Will she revert to heroin?

What would stop her?

I’ll leave it for you to decide.