Is Your Therapy Dull?

“It’s too much like doing your taxes,” was her verdict.  That’s probably the worst thing I’ve heard anyone say about psychotherapy. 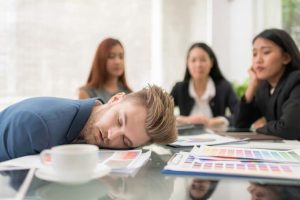 Cognitive Behavioral Therapy (CBT) is an evidence-based practice widely used in treatment. Personally, I like it. We’ve used it in different settings, confident that we’re helping some participants versus no treatment, but aware of how much less impact we seem to have on others in the same situation. Makes me wonder why.

The origins of modern CBT are often traced to the work of the late Albert Ellis, whose Rational Emotive Therapy was a favorite of ours back in the ’70s. If you’re interested in watching him at work, here’s a link.

Warning: That video was recorded during an era when confrontation in therapy was far more common than it is now. Modern CBT is much less so. It’s also more formal. There are research-based protocols that can be quite complicated and require specialized training to implement. Other CBT approaches are friendlier to the clinician and easier to adapt in the chaotic environment of a busy clinic.

About the variation in response: I won’t forget the young patient who described herself as favorably impressed with CBT but expressed doubt that she’d follow through with it post-discharge. “It’s too much like doing your taxes,” was her verdict.  That’s probably the worst thing I’ve heard anyone say about psychotherapy. It immediately conjures up an image of drudgery. If that’s truly how some patients experience it, then no wonder they’re sitting glassy-eyed through activities.

On top of that, a few months later a presenter at a conference reported she’d stopped using CBT with her adolescent clients because frankly, they didn’t like it. “It’s a worksheet therapy’,” she told the audience. True, there are inventories and checklists involved. “Kids get tired of filling them out.” Another panelist noted that some ADD kids do well with CBT once they could be made to focus. All she could do is shrug and say, “I guess the Court isn’t sending me those kids.”

When a patient finds CBT difficult to stick with, how should we interpret that? As evidence of resistance? Lack of motivation? A hint that the method itself, or the way we’re using it, is dull? No fun? Boring?

I don’t mean to pick on CBT because we can make the same observation about every type of  approach. We’ve all heard newcomers complain about going to 12 Step meetings, often with reason. Lord knows I’ve spent many unproductive hours listening to people complain about psychoanalysis. “Why won’t my therapist give me a straight answer?” That’s something I’ve heard over and over. Always tempted to respond, “I wonder why you’re asking that?” But having been on the other side, I wouldn’t dare.

I don’t know what lesson to draw, other than the most obvious: if you seek to engage a patient in therapy, for God’s sake, try to make it reasonably interesting.