Some schedule periodic onsite visits that one wag compared to a pterodactyl circling overhead screaming at the ground before flying off again. 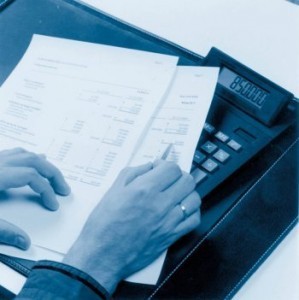 More on corporations that lose their way:

In my experience, it’s usually because the top tier of management has lost touch with the ground level. That doesn’t happen overnight. It’s gradual, like the development of alcoholism.

By the time you realize you have a problem, it’s years old, with roots extending seemingly everywhere.

With corporations, there’s usually a period of blindness to the emerging difficulty. One reason: simple distance. Senior management is often far away, remote from the issues that come up on a daily basis. One former executive put it this way: “we were preoccupied with numbers. Pages and pages of reports that showed up on our desks every morning.” After a while he and his colleagues began to think of those columns of numbers as an accurate representation of their business. But they weren’t; real people don’t behave like numbers in a spreadsheet.

A sign an addiction treatment company is losing touch: unrealistic annual budgeting, in the form of revenue projections that can’t realistically be met, and everybody knows it (or should know it). The company proceeds anyway. And when revenues fall short, responds by aggressively cutting costs.

I bet some of this is sounding familiar to at least a few of you.

A midlevel exec in a corporate culture is a bit like the manager of a major league baseball team– as the saying goes, “hired to be fired.” Some figure this out early on and keep a suitcase packed. Others struggle with undeserved feelings of low self-worth. But the reality is that at those levels, you’re always vulnerable.

Most  midlevel managers who are at all competent can tell you exactly what their business is capable of achieving, and why. But after a while they stop bothering, because the people above aren’t listening. They have goals to realize, too, usually set by others, and those goals may be equally unrealistic.

Expanding companies work hard to stay in touch with the various programs. Some schedule periodic onsite visits that one wag compared to a pterodactyl circling overhead screaming at the ground before flying off again. Others favor massive group conference calls where program directors are forced to hold the line for long periods until the Big Boss finally gets around to them. Then there’s the huge Annual Meeting, part business conference, part motivational seminar.

None of the above has ever struck me as particularly effective. They’re surface efforts to correct an underlying problem. What would be likely to work is a system organized in such a way that midlevel managers had access through an open channel to corporate folks, who in turn were genuinely interested in what they had to say.

You run across one of those companies, consider going to work there. They’re not all that easy to find.