The NIH, Corporate Sponsors, and Research

So if some enterprising MD or PhD were to show with a proposal for research designed to prove that drinking has definite health benefits, the industry will throw money at it. 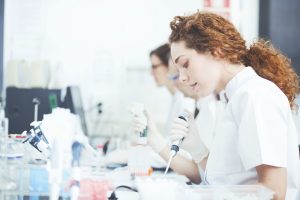 This recent Washington Post piece looks at cases where private corporate funding has influenced research done at or by the National Institutes of Health. The public tends to regard NIH as independent and unaffiliated with industry. That, the article suggests, is not always the case.

In reality, research is often prohibitively expensive. The contemporary research environment can be a fierce struggle for funding. As one veteran scientist explained, when he joined the medical faculty at a major university, he was advised to view it as a license to hunt. “They said I could keep some of what I kill.” With more than a thousand on the faculty, most were in a similar position. After ten years of fighting the good fight, he threw in the towel and took a position in the private sector doing research on commercial products. “Boring as hell, but the pay was way better. And by then, I had three kids in school.”

I recall reading that almost half of the research done today is in the realm of medicine and health. Another quarter involves the social sciences. That leaves the last 25% for all other fields of science. It’s skewed by the enormity of financial rewards that can accompany the introduction of a new or improved medication or therapeutic advance. Many promising developments simply never make it to market. But once one does, especially a sales “hit” like Oxycontin, the company behind it will go to extraordinary lengths to keep it available for purchase.

Things are a bit different when the product is legal, like alcohol. Due to a massive public education effort, Americans are aware that alcohol isn’t exactly good for you. People choose to drink despite the risks. Still, health warnings can reduce overall consumption of alcoholic beverages. In fact, about a third of American adults consume little or no alcohol, period. Another large segment drinks occasionally.

From a seller’s standpoint, that’s not optimal. No marketer gets a bonus for selling less product.

On the other hand, if it could be convincingly demonstrated that moderate drinking was part of a healthy lifestyle, that could be used to promote consumption.

So if some enterprising MD or PhD were to show up with a proposal for research likely to demonstrate the health benefits of drinking, the beverage industry will throw money at it. Their motives are self-serving, of course, but this is business, right?

After all, the claims of the Tobacco Institute were never strong and yet Big Tobacco managed to use them, along a fleet of attorneys, public relations staff, and lobbyists, to slow the inevitable decline in US sales for decades. Quite an achievement, in a sense. Just not one America should be proud of.

We may call it criminal fraud, but the law doesn’t. And in a ‘relaxed’ regulatory climate like the current one– I’m being generous there– chances are you can get away with it. Unless some member of the public or in the media happens to make a fuss.