The FDA and Pediatric Oxycontin

Nobody knows exactly how extensive off label prescribing is, but estimates range from a fifth of all prescriptions written in the US, to a third if we just look at psychiatric meds. 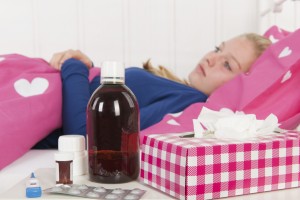 There’s been much recent attention to the seemingly strange decision by the FDA to approve use of Oxycontin for pain patients as young as 11. The solons at the FDA claim it will not expand use of the drug (hard to believe that) but will help provide better guidelines for its use.

No question that there exist young teens whose pain, often cancer-related, doesn’t respond well to other opiates, even morphine. That’s the justification for switching to Oxy. But the FDA’s timing seems awful. We’re still struggling with an epidemic of prescription drug abuse and overdose, and that seems to be morphing to heroin. As for heroin epidemics all I can say is: Been there, done that, got the tee shirt, don’t need another.

The question that occurred to me is, why bother approving Oxy for 11 year olds? As it is, a doc can prescribe Oxy for pretty much any purpose he or she sees fit– to almost any patient, regardless of age.  The only considerations are proper dose and basic safety. In healthcare, that’s a common practice known as ‘off label’ use of a medication– meaning outside the FDA approvals. Nobody knows exactly how extensive off label prescribing is, but estimates range from a fifth of all prescriptions written in the US, to a third if we just look at psychiatric meds.

Here’s an article on off-label prescribing if you’re interested.

Though the law lets the physician do what they want, it restricts Big Pharma from promoting unauthorized use. That eliminates direct advertising. But it doesn’t effectively prevent doctors from reading about those off-label uses in journals and publications and handouts, possibly obtained from drug company reps. Or asking questions that the rep might be pleased to answer in the privacy of the physician’s office. After all, it’s free speech, right?

A case came up some years ago involving a Schedule II controlled substance called Actiq, a form of  fentanyl. Actiq was approved for use with a particular type of severe cancer pain but somehow became popular for more common forms of chronic pain. At one point the makers were fined for illegal promotion of an off-label use, apparently related to statements by company reps.  That’s hard to prevent. I’m surprised they caught it even the once.

In the early days of the prescription epidemic, we saw research circulated by drug companies claiming that, when properly prescribed, the risk of abuse and dependence from Oxy and other opioids was extremely low. That turned out not to be true, but I was amazed how many prescribers naively cited it to their patients as fact. I’m certain Oxy helps some pain patients, but without controls, this potent abusable opioid quickly found its way into the ‘recreational’ drug using community. Not surprisingly, it played a major role in the rapidly expanding overdose problem.

I can’t predict the future. Still, I don’t see a reason to expect a real different outcome this time around.