It helps to remember that when it comes to crime, drugs and alcohol play a dual role. 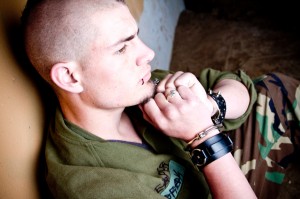 There’s an interesting debate around whether crime rates are going up or down. It’s become politicized, and that complicates things. Ordinarily, in the second decade of America’s worst-ever opioid epidemic, we’d expect a steady rise in crime.

But as this Washington Post article notes, in many respects, crime remains near record lows.

Then there are the homicides in cities like Chicago and Baltimore. Those are still a problem. Because violent crime is in large part urban, any change for better or worse in cities like those two has an outsized impact on the overall statistics.

An overview: drugs and alcohol traditionally play a dual role in criminal activity. First, they’re psychoactive substances that carry a significant risk for abuse and addiction. Second, they easily serve as a commodity in illegal trade. In both roles, drugs and alcohol can and do cause problems for society.

We know from experience that cocaine and methamphetamine, as central nervous system (CNS) stimulants, have the potential to contribute to violent behavior. That’s because the toxic syndrome associated with heavy use of these drugs is characterized by irritability, sleeplessness, lack of appetite, and paranoia. That’s one reason that violent crime often peaks during and in the aftermath of stimulant epidemics.

For an illustration of the “speed freak” lifestyle, check out Larry Clark’s famed book of photos, “Tulsa”, covering his early years as a meth addict. These pictures are worth way more than a thousand words.

Opioids, as CNS depressants, do not share these characteristics. Yet they foster an extreme level of dependence that motivates continuous use and creates a rising demand for more (and stronger) opioids. That makes them an ideal commodity for the street trade. When there’s competition between suppliers,  violence often enters the picture.

We’re seeing that in Mexico.

Warring elements in such conflicts employ violence to dominate (or eliminate) the competition, in much the same way that a Wall Street firm might use insider information or a tech company resort to industrial espionage to beat out its adversaries. The goal’s the same, the methods differ. And all involved are willing to do whatever is necessary to win.

Society has sought to control these two drug-related phenomena through the criminal justice system. Success has been indifferent at best. Now some advocates are suggesting that we simply legalize all drug use, regardless of type. That would eliminate many current problems associated with enforcement and punishment. But it would likely have little or no effect on the problems associated with drug use itself. People would still be vulnerable to abuse and addiction. That’s what happened with alcohol and tobacco. Both are now legal, and yet they continue to plague society in terms of cost and consequences.

And for that, there appears to be no end in sight.