Kids in the audience already know someone who uses drugs without appearing to suffer much from it. Assertions to the contrary by some stranger are automatically dismissed. 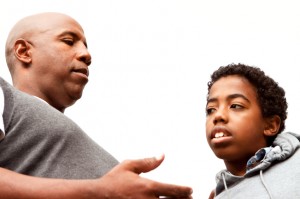 There was an interesting article in the NY Times on research into political persuasiveness. The conclusion was that to get someone to listen to your unfamiliar and possibly unwelcome ideas, it helped to frame their advantages in terms of the listener‘s values instead of your own. Conservatives (yes, I’m stereotyping here) respond better to proposals when presented in terms of patriotism or reduced cost. Liberals respond to traditional liberal values such as fairness or compassion for others. It’s apparently quite difficult for each side to think like the other. Both seem content to hammer one another with arguments based in their own values.

I noticed something similar when talking with young DWI offenders. The things I thought were scary barely registered with my audience. I’d be going on about the damage substance use does to the brain while they remained unimpressed. They looked at me like, “So what, dude? I don’t use my brain that much anyway.” What bothered them was the prospect of losing their vehicle. Not just the license (they drive without one), but the vehicle itself. I learned to talk about the difficulty of getting around without a truck and having to walk or hitch rides from your unreliable friends. That worried them.

Same thing when talking with younger drug users about drug use and male sexual performance. That failed to impress the middle-aged men, who seem to have Viagra or Cialis in the medicine cabinet, but it produces considerable anxiety among 14 year old boys. They’re new to sex and are fiercely determined that nothing interfere with their future prospects.

Some presenters feel the need to scare and threaten, but I’ve never found that to be effective with adolescents. Kids in the audience already know somebody who appears to use drugs without appearing to suffer much from it. Assertions to the contrary by some stranger are quickly dismissed.

It might be a good idea to tailor our prevention messages to the values of our target audience. Those values should be evident if we just pay attention to what the kids are saying. We can then frame our approach to reflect what’s important to them.

And in doing so, increase the chances of being heard.