“They’ll See Me Going To Your Program”

The family is operating under the misconception that folks in their town don’t know, when they already do. 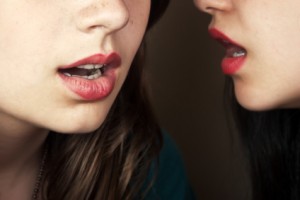 I have a client who is in treatment as an outpatient with our clinic, for the third time. We’ve never been able to get the client’s family involved in treatment. The wife and mother did come to a family session once, during the initial treatment, but were visibly nervous the whole time. I asked them why and the client’s mother explained they were afraid of being seen by people they knew. They live in a small community, mostly families that have lived there for generations, and there’s still quite a bit of shame attached to drug abuse. What would you suggest?”

I’ve run into this in other communities with similar demographics, and it’s a powerful barrier. In my experience, it’s mostly psychological — the family is operating under the misconception that folks in their town don’t know, when they already do. Or in some cases there’s status involved — the family has achieved a level of respect in the community that they believe is threatened by open acknowledgment of one member’s addiction. It’s a cultural stigma of the sort that plagues addiction treatment.

Let me commend you for making the attempt. That preoccupation with secrecy (even the fake variety) is a clue that the family is enmeshed, and not in a good way.

As far as getting them involved in spite of themselves: Seems to me you have three possible approaches, depending on the circumstances.

Yep, it’s all extra work for you, but the alternative is yet another unsuccessful treatment episode.