Cutting Off the Cash

As we explored their dilemma, the father suddenly had an insight: the money he gave his son, regardless of reason, just wound up in some in some drug dealer’s pocket. 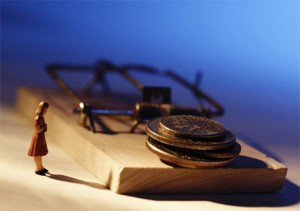 Interesting piece in Money magazine, about the decision to limit or end financial support to a son or daughter who has serious drug problems. I was surprised to find it amongst the articles on cheap flights and Kim and Kanye’s latest condo purchase. But there it was, and well worth a read.

The purse strings: always a big issue for parents with addicted kids. Among their most frequent questions. Should I cut off the cash, which I suspect is just going for drugs? And what will happen if I do?

There’s no easy rule that applies to all situations. People and families are too different. I’ve also noticed that when a counselor does offer direct suggestions, they often go unheeded. That’s because change is just too threatening, at least for now. The fear that the worst might occur, and money could have prevented it — at least for a while longer.

I recall the case of a man in his late 30’s from a family of great wealth. His parents had bought several  businesses for him to run, in the hopes of fostering an adult sense of personal responsibility. He’d eventually driven the enterprises into the ground, mostly due to his drug use. Now he wanted to start another venture with their help. They wanted to know if it was finally time to cut off the cash. I resisted the temptation to give advice, and as we explored their dilemma, the father suddenly had an insight: the money he gave his son, regardless of the intended purpose, just wound up in some dealer’s pocket. At this late stage, his boy was merely a middleman in a financial transaction between Dad and the the drug merchant. “That’s enough of that,” he concluded. “Let them find themselves another sucker.”

The article goes on to suggest that a support group can make a big difference for parents. I suspect that’s because the real problem isn’t making the decision, but the uncertainty involved in the outcome. I don’t blame them a bit. Things can go wrong. Still, knowing you have support from others who understand your dilemma and are willing to commit to be there when you need them — that’s a big advantage.

The article focuses on a faith-based organization that I haven’t heard of. We’ve generally had good luck suggesting people try 12 Step based fellowships such as Alanon and Naranon. But as always, you should feel free to scout around to find the best fit for you.