Getting Drugs From Docs Part Two: The Targets

There are just too many different forms of manipulation for any of us to be uniformly good at identifying them on the fly. 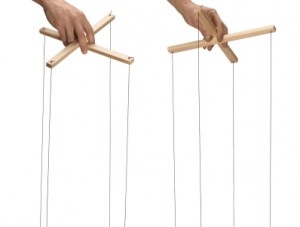 Some traits or characteristics that, in my experience, make us easier to manipulate in a brief contact with someone who’s seeking drugs for abuse or resale…

It’s a problem for many, perhaps most, people. Perhaps especially among those who chose the helping professions. If we’re uncomfortable with the task, we may avoid situations where saying no is likely to be a requirement– and when we just can’t avoid them, mismanage the task so as to seem unnecessarily defensive, uncertain, or just plain rude. Afterwards we feel guilty, which makes us even easier for the next person to manipulate.

If we have codependent tendencies, dealing with sick people as a daily occurrence is likely to bring them out. It starts with the assumption that you personally are responsible for ‘fixing’ someone else’s problems. That may work with a broken arm, but not when it comes to a drug problem. Even when we know better, we may continue to act as if it’s a realistic goal. Which leaves us vulnerable

Just as problems arise in an ER or clinic when staff are overwhelmed, chaos can seep into our personal lives. Achieving some level of work-life balance can be challenging, but it really helps when it comes to dealing with difficult patients at work.

I wish. There are just too many different forms of manipulation for any of us to be uniformly good at identifying them on the fly. As one psychologist put it, “when it comes to really good manipulators, you probably won’t know you’re being used, even afterwards. You might even defend it to others.”

It’s tempting to think that a tough facade offers protection against manipulation. It doesn’t. One ER DON was actually proud that her colleagues referred to her as “Old Crusty”. Her view: “I like to keep the customers a little off balance. So they know they can’t put one over on me.” I suspect they took advantage of her on a regular basis. A facade is just a facade. It’s inner strength that helps us avoid manipulation.

See also “Getting Drugs from Docs Part One: The Manipulators”.