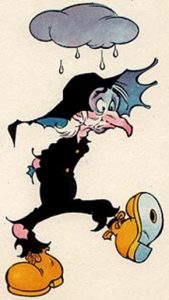 This Washington Post article is a decent overview of current thinking on depression treatment. Some takeaways:

So far, no surprises. Some comments of my own:

As mentioned in other posts, neither approach is effective in all cases, and in fact, both can be ineffective with a particular individual. So how does the treating practitioner know what to advise the patient? There’s a lot of guesswork involved.

Also, patients with severe substance disorders may experience depression as a result of the cumulative effects of their substance use. So it’s possible that depression symptoms may fade or disappear after months in recovery.

Nonetheless, most of the psychiatrists I know prefer to start antidepressants early in recovery, where depression is an issue. That’s in part because it takes weeks to show the benefits.

I suspect that in some cases, patients continue on antidepressant medication long after its usefulness is gone. There’s a rebound syndrome that sometimes results when the medications are terminated, and I’ve heard reports of people interpreting that as evidence that the depression has returned. It may not have. But more time is required to evaluate that.

Another consideration: Americans are so trusting in the value of antidepressant meds– as evidenced by those 250 million prescriptions we fill annually– that most of the time, it’s usually a family physician who writes or refills the prescription. Nothing wrong with that, but family docs are less likely to be aware of or propose new treatments than mental health professionals.