Is it Treatment Failure or Relapse?

“We paid almost $50,000 for that program and it seems like a complete waste. We feel so helpless. What do we do?” 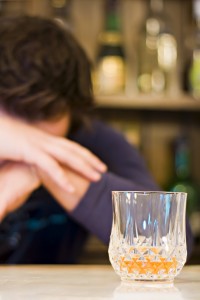 My family did an intervention on my father, a high-functioning alcoholic who had gone downhill fast in the last year. He spent almost two months at a well-known program out west. He did great. We were all impressed by how much better he sounded. He came home a week ago. The next night he went out around midnight and bought a bottle of vodka and drank the whole thing before morning. We found him passed out on the back porch. He’s been drinking ever since. We’ve tried to get him back into the hospital but he adamantly refuses. We paid almost $50,000 for that program and it seems like a complete waste. We feel so helpless. What do we do?”

I think maybe you’re in shock. So is your father. Nobody expected this to happen. But I can assure you, you’re not the first to go through it.

A binge such as this one doesn’t erase the good that happened in treatment. He apparently did well in many respects. His attitude improved, he committed to recovery – and then promptly fell on his face. Why? Because he wasn’t really prepared for his return home. It doesn’t sound like the family was, either.

An alcoholic goes off to some distant program for treatment, and is amazed at how much better he feels. His confidence goes way up. He feels so good that he believes nothing can deter him from his course.

Turns out he was wrong.

There was a shock waiting at home. Doesn’t mean there’s anything so awful about your home environment. It’s just the alcoholic finds himself overwhelmed with old feelings and fears.

Boom, he gets drunk. And being an alcoholic, is reluctant to stop.

What’s the answer? You get up, brush yourself off, and get back to work.

You and your family have now had some experience with intervention. Get together, plan another one, and then just do it, with a laser-like focus on getting him off the booze and back onto a program (possibly as an outpatient). The counselors at the previous program can assist you. Maybe you stay with them, maybe he ultimately gets help somewhere else – that’s a decision you can make later.

As far as the cost – I’ve never been able to tell much about a program’s effectiveness based on its charges. Some inexpensive programs are just great, some really pricey ones are not, and vice-versa. I think a customer has to look deeper to make an informed decision. But isn’t that true with most major purchases?

As far as your dad, however: he’s only been home a week. Let’s get moving.